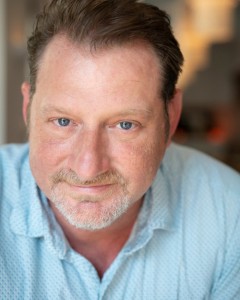 “We are thrilled to introduce Chemin à la Mer to our guests from near and far,” says Mali Carow, the hotel’s general manager in a press release. “Donald’s concept here is a personal reflection of who he is, not only from what you find on your plate but in every detail. Combined with renowned Four Seasons service, we look forward to Chemin à la Mer becoming one of New Orleans’ favorite dining experiences.”

Signature dishes include carvings of several classic cuts of steak, including A5 kobe strip steak, pan-roasted filet mignon, and cast iron-seared coulotte. Entrees also include salmon with French lentils; pan-seared jumbo shrimp served with white beans and pistou; domestic lamb with olive tapenade and garlic rosemary; and charcuterie and foie gras inspired by Link’s trips to Paris and the Burgundy regions of France.

“This restaurant is very personal to me, and I’m proud to be able to incorporate so many elements and inspirations from my life and travels here in partnership with Four Seasons,” said Link. “It was very important to me to honor the sense of place, and this restaurant and menu pay respect to that. This rich and sultry space reflects its name, ‘pathway to the sea,’ as the Mississippi River plays such a vital role in the fabric of New Orleans, from its commerce at the port to fishing and hunting along its basin to irrigation for crop production to serving as the greatest backdrop for a celebration of food.”

Chemin à la Mer will be open daily for breakfast, lunch and dinner. Reservations are available on OpenTable, by phone at (504) 434-5100, and by email at cheminalamer.neworleans@fourseasons.com.