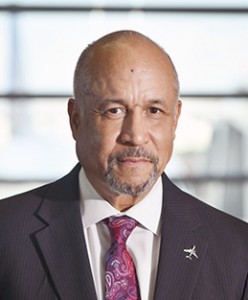 NEW ORLEANS – The Louis Armstrong New Orleans International Airport announced that Director of Aviation Kevin Dolliole was elected to chair the Airports Council International-North America U.S. Policy Council and serve as a member of the organization’s executive committee effective Jan. 1. The U.S. Policy Council is composed of 24 elected members that represent and advocate on the behalf of all U.S. airports before Congress, the Department of Transportation, Federal Aviation Administration, and Department of Homeland Security.

“I sincerely appreciate my peers in the industry trusting me to lead ACI-NA’s U.S. Policy Council during this very critical time,” said Dolliole. “The opportunity to advocate on behalf of our nation’s airports is a great responsibility, and I look forward to working with my peers to make lasting improvements to the aviation industry.”

Dolliole was elected to the ACI-NA board of directors in 2020 and previously served as chair of the board finance committee. He will now lead the U.S. Policy Council as it establishes policies related to critical issues facing airports today as the aviation industry navigates the impacts of COVID-19 and prepares for historic airport infrastructure investments from the federal government. He also currently serves on the American Association of Airport Executives’ policy review committee, another organization that advocates on behalf of airports at the federal level.

Under his leadership, MSY was ranked as the number one large airport in North America for customer satisfaction based on J.D. Power’s 2021 North America Airport Satisfaction Study. Dolliole was also selected as Airport Experience News’ 2020 Director of the Year in the Medium Airports Category as well as Biz New Orleans Magazine’s 2019 CEO of the Year.

A complete list of the ACI-NA Board of Directors and leadership is available on the ACI-NA website.

EXPLAINER: Why Are So Many Flights Being Canceled?