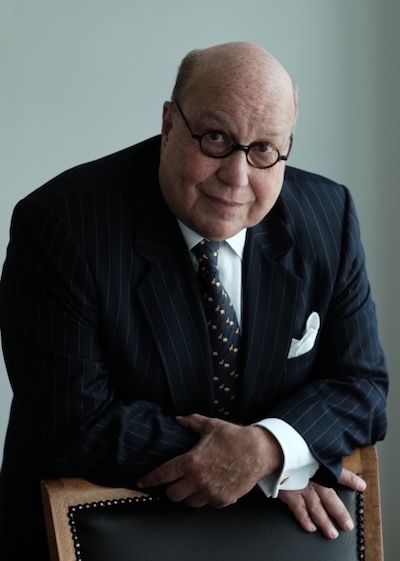 NEW ORLEANS — In 1973, New Orleans-based Liberty Bank helped native New Orleanian Harold Doley purchase a seat on the New York Stock Exchange. A half century later, Doley was honored by the exchange and joined by Liberty Bank executives as he rang the bell that ended the day’s trading. The event took place on Friday, Feb. 18.

Doley, a former investment banker, purchased his seat on the exchange backed by the financing of Liberty Bank and Trust Company, which had been formed less than a year earlier. He and Liberty Bank President and CEO Alden J. McDonald Jr. appeared on the Today Show that year to mark the occasion.

Hailing from a prominent New Orleans family, Doley began his career in 1968. He worked for Wall Street firms prior to buying his own seat. According to Wikipedia, he is the only African-American to have owned a seat in part because the exchange no longer sells individual memberships. In the 1980s, Doley earned the title of U.S. ambassador when he served as the country’s representative to the African Development Bank and Fund. The AfDB is a development finance institution owned by the governments of 50 African and 25 non-African countries, with 800 employees and assets of $50 billion.

“Financing Harold’s seat was a no-brainer,” said McDonald in a press release. “Liberty came into existence to help bring African-Americans into the economic mainstream. There is nothing more ‘mainstream’ than owning a seat on the world’s largest stock exchange.”

Liberty Bank and Trust is a designated MDI (Minority Depository Institution) providing personal, business, mortgage, automobile, home equity and “freedom fast” loans to customers. Liberty has since grown its assets to more than $1 billion dollars and has expanded into 10 states. More information at www.libertybank.net