Let me introduce you to my new pup, Gracie. She is an 8-month-old, 50-pound American Pit Bull Terrier mix. I’ve been around dogs all my life and she is by far the sweetest dog I have ever met.

That’s not to say she hasn’t had her moments of viciousness. She’s aggressively attacked numerous things in my home: shoes, a computer mouse, a pair of eyeglasses, a TV remote, a fly swatter, and a copy of Mark Twain’s “Life on the Mississippi.” And did I mention lots of shoes? 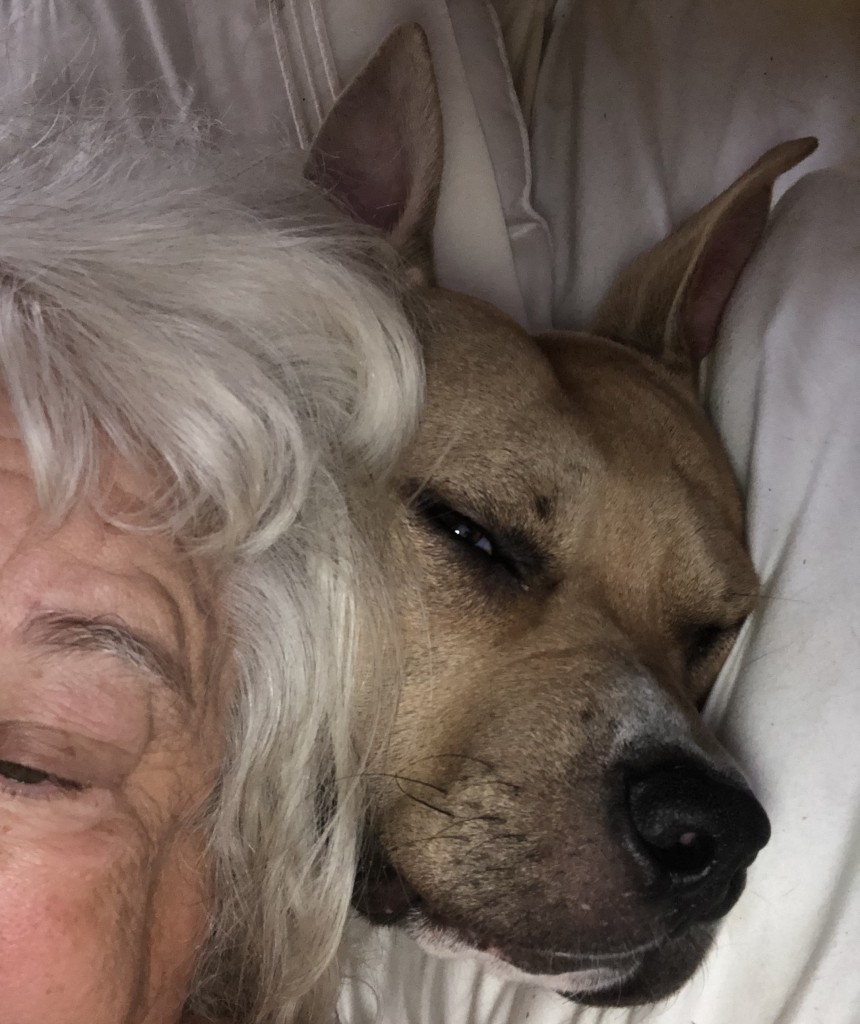 But during these early weeks of ownership, she’s offered fits of laughter, immeasurable joy and tons of pure love to fill my COVID-19-lonely life.

And I am not alone in picking this time to find a new member of my family. Since the pandemic, the American Society for the Prevention of Cruelty to Animals says applications to foster and adopt dogs and cats is up 200 percent. PetPoint, a software program shared by some 1,200 shelters nationwide, reports fostering and adoptions are up 700 percent over last year.

That is really good news for animals like Gracie. Gracie’s early puppyhood was spent chained outside with no shelter sleeping in a pit of mud. She was bone thin and covered in a festering rash when Julie Bowers-VanCoutren rescued her. 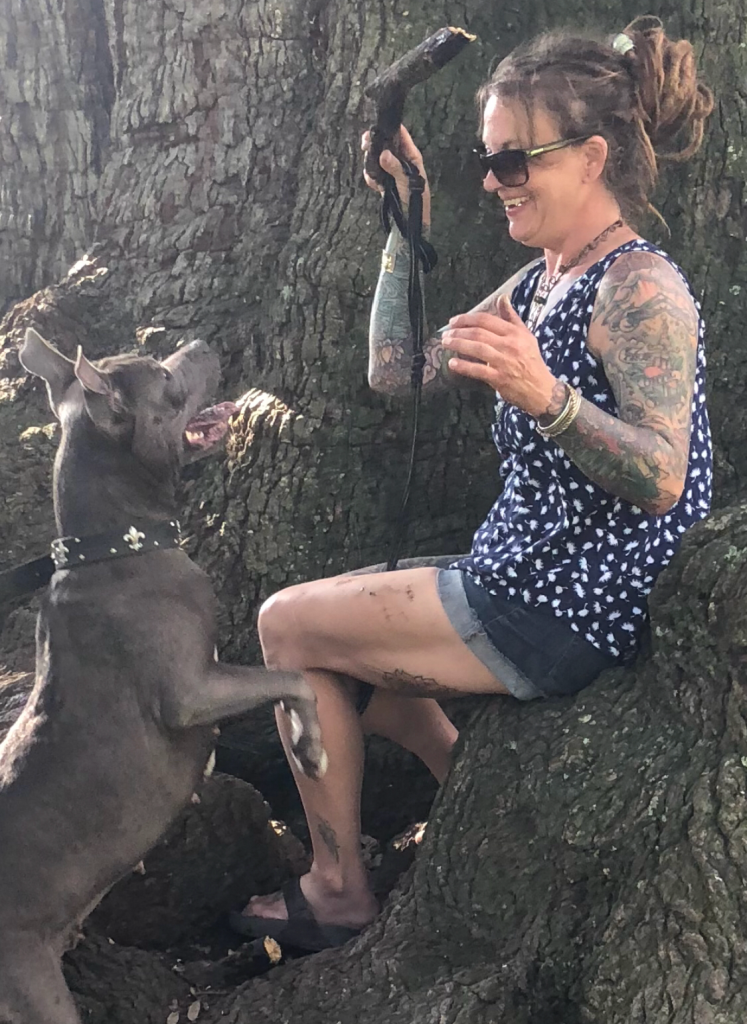 Over the past few years, as a labor of love, VanCoutren has rescued 25 dogs. One of the first she saved and rehomed was Bear, an abandoned Chow. Her current project is a Pitt mixture named Jake who was tied to the fence outside her veterinarian’s office.

“He has scars on his neck where a collar was embedded and he was so skinny,” she says. “I just don’t understand how people can do that.”

As she’s done with all her rescues, she’ll have Jake fixed, vaccinated and heartworm tested. She’ll post his progress on her Facebook page, her friends will help out with donations and he’ll find a loving home soon. The bill for each dog is around $220 but it can be more.

“Because of issues with his teeth, Jake has already had three surgeries,” she says. “And every time he wakes up from the sedative, his tail is wagging. He’s so sweet.”

Before her commitment to dogs, VanCoutren was one of the first female high steel riggers in the country. She was constantly on the road hoisting lights and sound above the crowds of such events as Country Thunder, The VooDoo Festival and Country Stampede.

She loved her old career but finds it just as satisfying keeping dogs out of shelters that could euthanize them.

“I just can’t imagine a dog being terrified, locked up and his last moment is alone in a cold kennel waiting to be euthanized,” she says. “I just can’t think about it.”

According to the Doris Day Animal League, an estimated 8 million dogs and cats are euthanized in shelters each year. Millions more are abandoned, only to suffer from illness or injury before dying.

The coming month of October is Adopt a Shelter Dog Month and Adopt a Dog Month. The terms, though slightly different, have the same ultimate goal. Both are about finding loving homes for as many dogs as possible.

VanCoutren will be doing her part. As for me, as I wipe another 23 Gracie kisses from my face, I’m so happy VanCoutren does what she does. 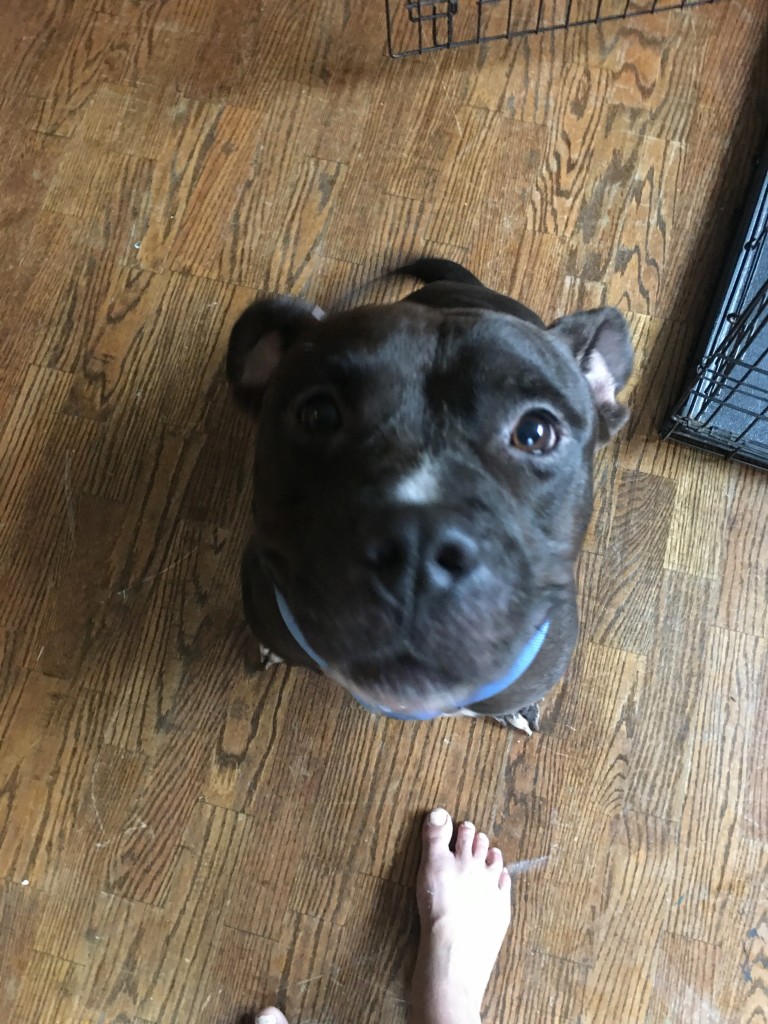 Teens Get In on the Giving