Do Your Grooming Policies Need a Makeover?

In the wake of multiple high-profile lawsuits regarding hairstyles, now is a great time to review your workplace policies. By Heather Lonian

For decades, employers and educational institutions have issued rules banning dreadlocks and cornrows. Although these rules were often facially race-neutral, they had a disproportionate impact on African-Americans and other diverse persons. Additional “unwritten rules” also imposed pressure on African-Americans to straighten their hair and eschew natural hairstyles in order to conform and advance in the workplace. The enforcement of these rules and policies, however, has attracted fresh scrutiny in the wake of recent high-profile events.

Two incidents are highly illustrative. In December 2018, New Jersey high school wrestler Andrew Johnson was ordered by a Caucasian referee to either cut his dreadlocks immediately or forfeit his match. Footage of Johnson having his dreadlocks cut went viral on social media, sparking an outcry and drawing condemnation from local politicians. (Johnson’s high school later barred the referee from sporting events involving its athletes.) Closer to home, the Archdiocese of New Orleans attracted national media coverage when an African-American sixth grader, Faith Fennidy, was told she would not be permitted to attend her Catholic school because she was deemed to be in violation of the school’s policy against hair extensions. After Fennidy’s family successfully enjoined the school from enforcing the rule, the Archdiocese withdrew the policy.

State legislatures have responded to these and other high-profile incidents with legislation to ban discrimination on the basis on hairstyle. California and New York were the first states to enact such legislation, and similar bills are pending in New Jersey and Michigan. (New York City has also passed a municipal ordinance banning discrimination on the basis of hairstyle.) These bills have been sponsored and promoted by an advocacy group, Creating a Respectful and Open World for Natural Hair (“CROWN”), and accordingly are widely referred to as CROWN Acts. CROWN Acts amend the definition of “race” under the states’ respective anti-discrimination statutes to include “traits historically associated with race, including, but not limited to, hair texture and protective hairstyles.” (Examples of “protective hairstyles” include “braids, locks, and twists.”)

These CROWN Acts represent a potentially significant expansion of employee rights regarding freedom from discrimination on the basis of hairstyle. Employers found to have violated the California statute could be subject to a range of penalties, including compensatory damages (front and back pay), statutory fines and mandatory diversity training, while employers who violate the New York City ordinance can incur fines of up to $250,000.

CROWN Acts have not been enacted in Louisiana or at the federal level. While the EEOC also defines “race discrimination” as unfavorable treatment based on “personal characteristics associated with race (such as hair texture, skin color or certain facial features),” the federal courts have not consistently recognized hairstyle as an “immutable characteristic” that is protected under federal antidiscrimination statutes. In 2016, for example, the United States Court of Appeals for the Eleventh Circuit affirmed the dismissal of a racial discrimination suit filed by the EEOC on behalf of Chastity Jones, an African-American job applicant whose job offer was rescinded by a claims adjusting service when she refused to cut her dreadlocks in order to comply with the company’s grooming policy. In EEOC v. Catastrophe Mgmt. Sols., 852 F.3d 1018 (11th Cir. 2016), the Court concluded, among other things, that because the EEOC complaint did not allege that dreadlocks were an “immutable characteristic of black individuals,” it had failed to state a claim under Title VII.

Although Louisiana has not yet enacted or proposed any legislation to address discrimination on the basis of hairstyle, it is always sound practice for employers and educational institutions to review their grooming policies to ensure that they are not only race-neutral, but have a rational basis grounded in health, safety, or another legitimate business or education-related aim. Particular attention should be paid to policies that prohibit specific hairstyles, particularly those that have been historically associated with a particular race. In those instances, employers and educational institutions should take care to examine the specific goals underlying those policies, and, where possible, identify race-neutral alternatives to achieve those goals. In addition, diversity training can assist organizations in ensuring that all of their policies are being enforced in a race-neutral manner that facilitates a diverse and inclusive environment. 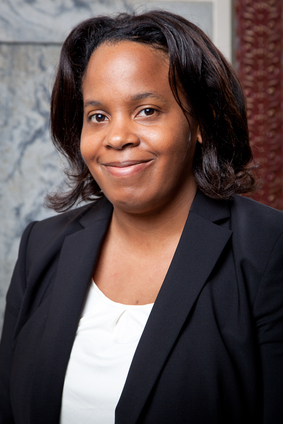