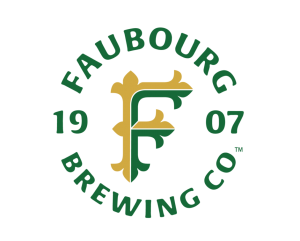 The century-old brewery, now owned by Saints owner Gayle Benson, announced in June that it would retire its old name in response to the national conversation about racial justice that swept the nation earlier this year. The term “Dixie” is associated with a romanticized version of the slavery-era south.

“Faubourg” is a french word that more or less means “suburbs,” but here in New Orleans it just means “neighborhood.” The Faubourg Brewing Co. said its new name is a tribute to the diverse neighborhoods of New Orleans.

“When my husband and I acquired the majority interest in Dixie Beer in 2016, we recognized that we were investing in more than a brewery, we were investing in a strong and resilient community,” said Benson in a release. “When the team embarked upon this journey in June, we understood that our new name must encompass the spirit and diversity of all of New Orleans unique neighborhoods. The Faubourg Brewing Company is a celebration of our city, our people, and our commitment to New Orleans. Our investments in New Orleans East will continue, and bringing jobs and economic opportunity to our community will remain at the forefront.”

In January, the brewery debuted an 85,000-square-foot facility on the site of the former MacFrugals distribution center in New Orleans East. The gleaming new facility features a family-friendly taproom, tavern kitchen and park-like grounds with a pond, bocce courts and a walking trail.

Sources: Jazz Fest 2021 Will Be Moved to October