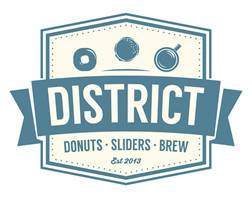 BATON ROUGE — After nearly five years of serving the Baton Rouge community, District Donuts Sliders Brew will be closing its location at 7415 Corporate Boulevard. The restaurant will be open from 7 a.m. to 2 p.m. until its last day of business on Tuesday, March 15.

“District Donuts Sliders Brew is offering all employees affected by the closure the opportunity to transition into roles at their other locations in New Orleans, as well as severance to support them during their new job search should they choose to not pursue a transfer opportunity,” said the restaurant’s owners in a statement. “The company wishes to express sincere gratitude to the loyal fans who supported District Donuts Sliders Brew’s Baton Rouge location and the hard-working and caring team members who served the community over the last five years.”