Dillard President to ‘Pass the Baton’ in 2022 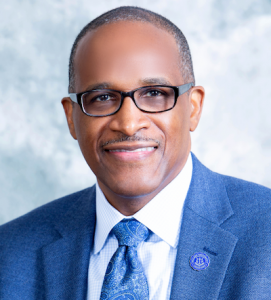 NEW ORLEANS – Dillard University President Walter Kimbrough has announced that the 2021-2022 school year will be his last as leader of the 152-year-old historically Black institution of higher learning. He is entering his 10th year at the helm.

“Walter is an innovative leader who has made an indelible impact on Dillard University,” said school alumnus and board chairman Michael D. Jones in a press release. “His commitment to our mission has resulted in significant growth financially, academically and in the community. I am excited about Dillard’s future as we enter this next era of leadership.”

During Kimbrough’s tenure, the federal government forgave $160 million in loans to the school. School leaders say that was a “transformational transaction” that paved the way for significant endowment growth. The school’s endowment grew by more than 115% and now exceeds $100 million. The school said giving also has grown exponentially over the past nine years. Thanks to Kimbrough, Dillard’s academic profile has increased with the introduction of two signature programs, physics and film studies, and the restructuring of its nursing school. Dillard said it is now the third-highest producer of African American undergraduate physics degrees in the United States. The University has also seen increases in its retention and graduation rates since 2012.

Jones said the board of trustees will immediately begin the process to find its eighth president.