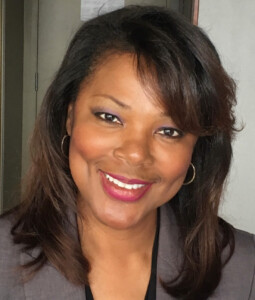 NEW ORLEANS – Dr. Rochelle L. Ford, president of Dillard University, has announced that Stephanie Rogers will be joining the university as its new executive vice president of institutional advancement and development. In her role, Rogers will serve as Dillard’s chief fundraiser and advancement officer while also serving as a key member of the president’s cabinet. Rogers will step into the role on Jan. 1.

Rogers has more than 20 years of experience in nonprofit leadership and fundraising in higher education. Since 2017, she has served as chief advancement officer at Southern University at Shreveport, where she has worked with a dynamic team to provide leadership over fundraising and development, alumni relations and marketing, and university relations. During her time there, Rogers helped bring in $7 million to expand access to education and career opportunities for SUSLA’s students, and the university’s endowments increased by 100% under her leadership. She worked with the office of the chancellor, academics, and the development and volunteer leadership teams to design and execute a $2 million campaign to launch the Roy Griggs School of Business at SUSLA. She has increased partnerships with external corporations by 135%. Rogers also collaborated with SUSLA’s workforce leadership team, the City of Shreveport, the State of Louisiana, national agencies and private partners to help secure nearly $1 million to open Milam Street Kitchen Incubator & Community Kitchen within a designated food desert and “Choice Neighborhood” opportunity zone.

“We are excited to have Stephanie Rogers join us at Dillard,” said Ford. “Her capital campaign experience and her track record of collaboration with the government, nonprofit and private sectors was very attractive to us. With the aggressive agenda that we have set to finance the future, we made a choice that will provide Dillard with the kind of fundraising solutions that we need.”

Rogers also served as the director of institutional advancement and the executive director of the BPCC Foundation at Bossier Parish Community College. Having spent almost 14 years at the North Louisiana college, under the direction of the chancellor and board of directors, she led campus and volunteer teams through the launch and completion of BPCC’s first capital campaign, exceeding a $15 million goal. Having expanded BPCC’s external partnerships by 300%, she also worked with the office of the chancellor and campus leadership to lead the campaign to raise a 12% private match of the state’s LCTCS ACT360 funds to secure $20 million for a new STEM facility.

Rogers has been recognized by the Council for Advancement and Support of Education with the Circle of Excellence Award, the Association of Fundraising Professionals with their Outstanding Fundraising Executive of the Year Award, and she was named one of the “Top Ten Leading Women in Bossier City” by Southern Hospitality Magazine. Rogers was also a member of former Governor Kathleen Blanco’s transition advisory committee. Rogers has also served on the boards for the Council for Resource Development (which later merged with CASE) and the Reentry Alliance of Louisiana. She is a former president of the Association for Fundraising Professionals’ North Louisiana chapter, and Rogers is a current member of the National Council for Marketing and Public Relations. She also served on the Shreveport Mayor’s Commission from 2000 to 2005 as well as the Women’s Commission of the Bossier Mayor’s Office from 2009 to 2012.

“I am excited to join the Dillard University family, and I’m looking forward to this next chapter of my career,” said Rogers. “Dr. Ford is a visionary leader with an aggressive plan for strengthening fiscal capacity for the University. I look forward to working with this talented team of advancement professionals to execute her vision by expanding philanthropic support.”