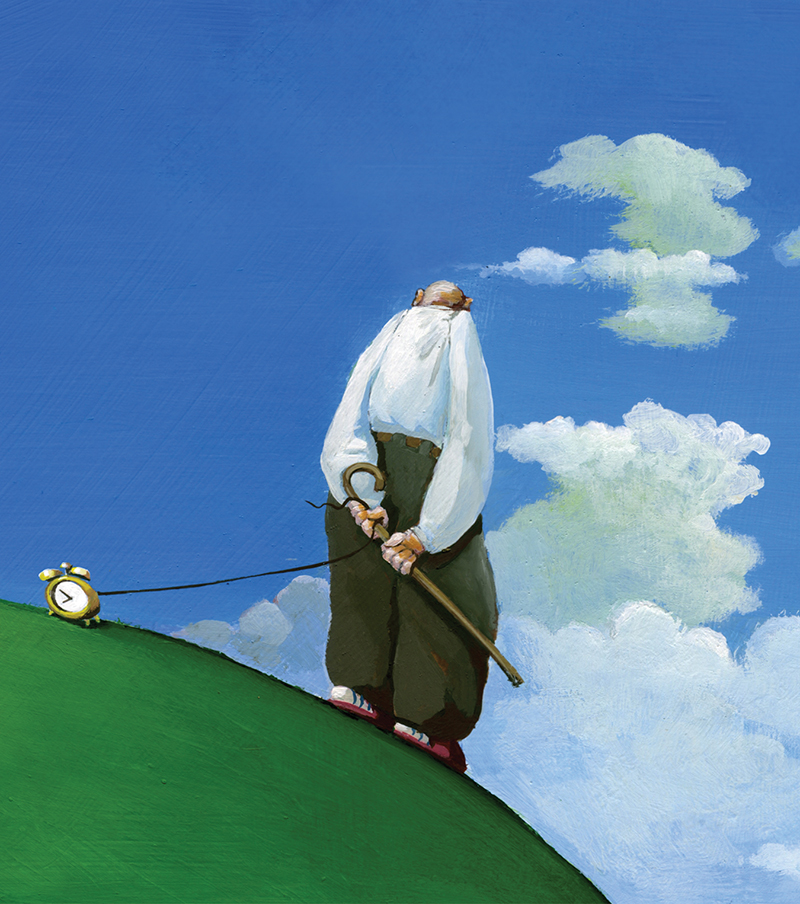 According to the World Health Organization, approximately 50 million people worldwide have dementia — a general term that refers to the severe decline of mental function. Alzheimer’s is the most common type, and its symptoms, which start gradually and get much worse, include memory problems, poor judgment and, ultimately, physical problems such as difficulty swallowing and incontinence.

Researchers have a long way to go before they understand what causes dementia, but there is a consensus on how to care for people with the diagnosis and the behaviors that can help delay the progression of symptoms.

Step One: Get Educated.

R. John Sawyer II, PhD, a neuropsychologist and the co-director of Ochsner’s Cognitive Disorders and Brain Health Program, said it’s important for patients and families to prepare themselves for what’s coming.

“They need to learn what the diagnosis means and understand the course of the illness,” said Sawyer. “That involves accepting the full dimension of what it’s going to be.”

“Another important thing is not to buy into crafty web ads about certain diets or oxygen treatments or whatever,” said Sawyer. “If there was a cure, everyone would know about it by now.

“There are two things that can slow decline or keep patients more functional for longer,” he added. “One is making sure your diet is really good — a Mediterranean-style diet most days of the week. The other is working out quite a bit and staying mentally active.” R. John Sawyer, II, Ph.D., neuropsychologist and the co-director of Ochsner’s Cognitive Disorders and Brain Health Program

At any point in the process it’s also a good idea to reach out for professional help for the whole family.

“Find out all the resources available and learn everything you can about dealing with someone with dementia,” said Joni Friedmann of Dependable In Home Care, a family-owned company that provides caregivers for people of all ages. “The Alzheimer’s association has many resources available. It’s an excellent way to find other people in your situation.”

“When families go for answers, they’re thinking of medicine — what can the doctor do?” said Barclay. “But social interaction keeps older adults sharper for longer and decreases anxiety and depression. It’s a vicious cycle because memory loss can cause anxiety and depression and those two cause the disease to progress.

One common symptom of dementia is unpredictable and often oppositional behavior. This can take a toll on families who are already anxious about what the future holds. It’s important for family members to interact with a patient in a way that will reduce that anxiety.

“You have to retrain your brain,” said Lisa Rabito of Home Instead — an international network of franchises providing in-home care for seniors. “Everything you think you want to do, it’s the opposite. If the patient says she is looking for her late husband it does no good to tell her that he’s gone. Instead, you say, ‘I haven’t seen him in a while, but why don’t we go get something to eat?’ You redirect quickly and remove the trigger.

“In the beginning, family members are trying to make the person with dementia do things according to their schedule, but you can’t do that,” she said. “So, you use redirection. Never, ever confront, never argue.” Joni Friedmann of Dependable In Home Care

Christian Rabito, Rabito’s son and the Home Instead director of marketing, recalled a success story.

“We had a client not drinking enough, so she was getting dehydrated and her family was getting concerned,” he said. “But you can’t just tell her, ‘You have to drink more water.” One member of our team tried a different approach. She’d take a glass of water, say ‘Cheers,’ and take a sip. After a few times, the client started taking sips herself. It triggered a response.”

“It means not trying to convince the resident to come into your reality but instead going into their reality,” he said. “You’re avoiding power struggles when you can and when you can’t, you redirect them to something that is soothing.”

Barclay said it also helps to know as much as possible about a patient.

“If she enjoys knitting, it might help just for her to have a ball of yarn in her hands,” he said. “It’s like we are now with our phones. I swear, in 25 or 30 years, we’re going to have baskets of cellphones in our facility, and we will be picking them up just to have something in our hands.”

All the experts we talked to described technology that’s helping patients and caregivers deal with dementia.

“Technology is developing rapidly to allow people to stay in their homes,” said Friedmann. “Not just the little pendants around their neck but camera devices, voice-activated machines and medicine dispensers. We have a client who has a hard time taking her meds, so her family has a machine to dispense medicine once a day. They also installed a camera in the kitchen so they can see if she takes it or not,” she said. “And they can prompt her through a device to remind her.”

Home Instead offers a free app called the Alzheimer’s and Other Dementias Daily Companion that contains hundreds of tips to deal with situations caused by dementia. Another device, called the GrandPad, is basically an iPad with easy-to-use controls that’s designed to keep users connected with their family and friends but safe from spam and scammers.

“It’s a huge interactive 70-inch screen,” said Barclay. “They can paint on it or simulate driving a car, riding a bike, walking down the street. It has all kinds of memory and sequencing and puzzles we can use.”

Meanwhile, Ochsner Health System and Lambeth House are using iPads and Fitbits as part of a yearlong “intervention study of dementia management with interactive technology.” They hope to gather data to help devise future treatment plans.

To be certain, a dementia diagnosis is life-changing. But it doesn’t mean the patient and his or her family can’t enjoy life.

“It’s a sad diagnosis to get but if you keep healthy and stay on top of things it doesn’t have to be a totally sad journey,” said Rabito. “There are lots of positives.”

“Yes, there are going to be good days and bad days,” said Barclay. “Treasure those moments and don’t get discouraged. You may have a bad day or week and wonder if there is ever going to be another good day. There will be, and there are ways of increasing them.”