And His Collection Of Straw Hats

Deacon John wears a straw hat as he sits in his Uptown shotgun house filled with enough musical paraphernalia — including many guitars, and more than four dozen straw hats — to open a shop.

“I love my signature straw hats,” he says as he dusts off a spot to put some of them on display. A stylish gentleman who is usually seen dressed out in a suit, dress shirt, bow tie, pocket handkerchief and straw hat, he confesses to his love for vintage suits. “I also have some vintage tuxedos that are treasures in my closet,” he says. “So you would be right if you called me a thrift store junkie.”

A vocalist, bandleader, guitarist and regular entertainer on local television, Deacon John is often featured on WWL-TV’s “Morning News” and Peggy Scott Laborde’s award-winning Friday night show, “Steppin’ Out” on WYES-TV (as well as many of Peggy’s documentaries about New Orleans).

With the staying power of a fine vintage suit or straw hat, Deacon John has been a mainstay in New Orleans music circles since he was a teenager.

“My mother tells me she cut my fingernails under a fig tree when I was a baby to fulfill an old Creole belief that it would give a child a strong singing voice.” Then he laughs and adds, “The Lord sure answered her prayers. I started singing in the church choir at Corpus Christi Catholic Church when I was just a young boy.” He recalls being told that he cried the loudest of all of his 12 siblings when he was a baby. “‘I guess he was just practicing for the career that would be ahead of him,’ my mama said.”

Born John Moore on St John’s Eve, June 23, 1941, and raised on the cusp of the 6th and 7th Ward just off Elysian Fields Avenue, Deacon John says his mother (Augustine Boudreaux Moore) was a devout Catholic and played the piano in church. “She graduated from Xavier Prep and was the valedictorian of her graduating class at Xavier University where she studied classical piano,” he proudly says. And there was no chance of getting away from music in his childhood with grandfather (John Boudreaux) who loved music and played the banjo.

“I taught myself to play guitar,” he says. “However, there sure were a lot of local music greats who reached out and taught me this and that along the way. Soon I was using God’s gift of a strong voice and my new guitar skills to join the happy world of a working musician in New Orleans.” He quickly adds that he has always supported himself as a musician, rather than settling for a day job and “playing when he wasn’t working.” 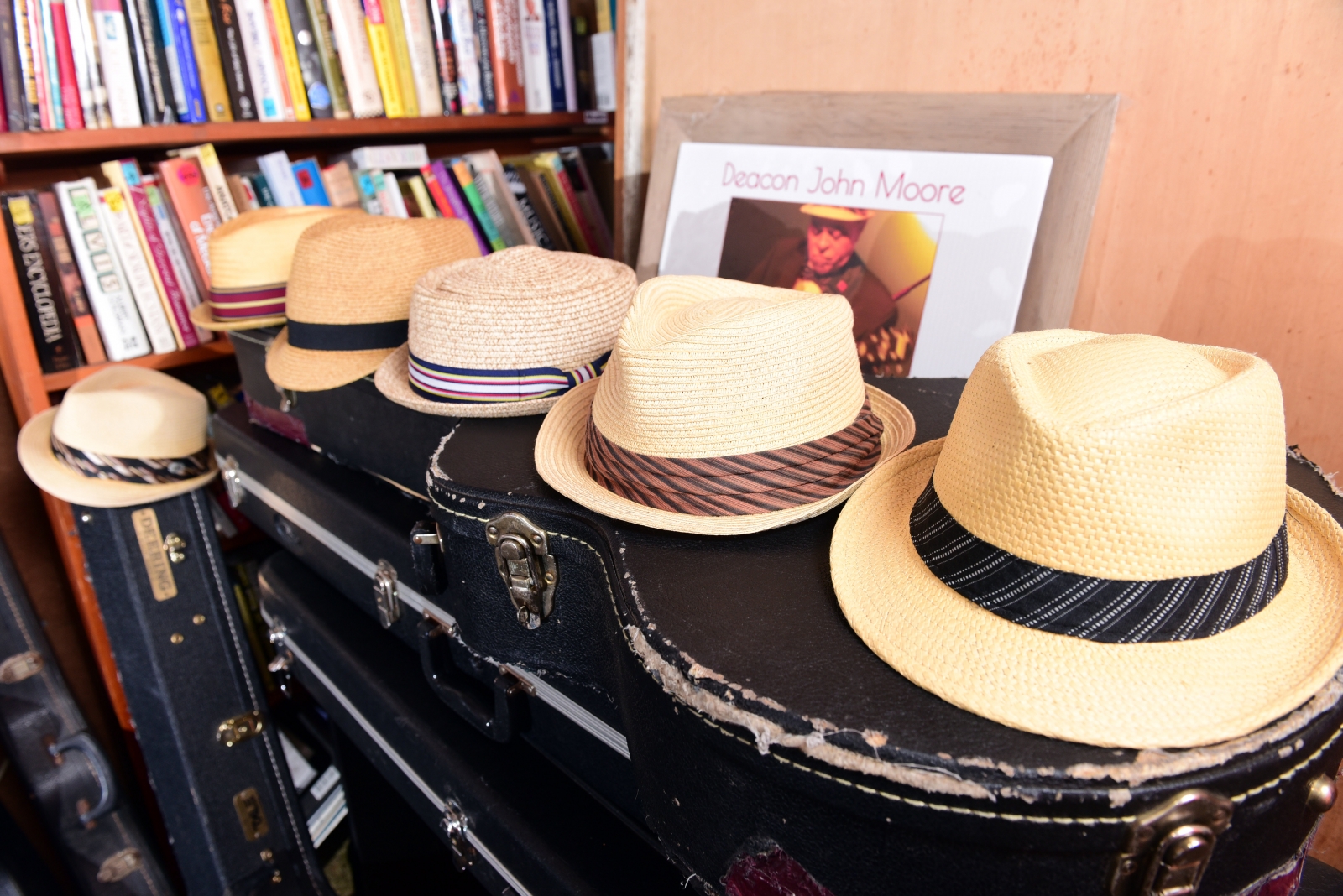 His band, Deacon John and the Ivories, became the music of choice for everything from high school proms to debutante balls to regular gigs at Valencia, the iconic Uptown teenage club. “Somebody told me, ‘Every generation stays loyal to the music of their youth’ and I swear it’s true. I still play for the subsequent generations of my original fans.”

Known as a rhythm and blues, gospel, jazz and jump blues specialist, Deacon John has made his mark staying close to home, rather than playing in festivals and concerts around the world. His list of accomplishments includes performing at every New Orleans Jazz & Heritage Festival since the first one in 1969 and performing at the 2005 Congressional Inaugural Ball at the White House for President George W. Bush. “And don’t forget to mention that I played and even had a speaking part in the television series ‘Treme,’” he adds. “Of course, I want to be sure to include that there was a big 75th party for me at Tipitina’s on my last birthday.”

Deacon John smiles when he says that he has one or two suits still in service from some of his gigs at Valencia. “I own more than 40 vintage suits,” he says. “And don’t let me forget to tell you about my collection of Hawaiian shirts. Maybe that’s a story I’ll save for another day.”