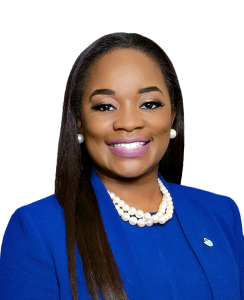 NEW ORLEANS – Takeisha Davis, president and CEO of New Orleans East Hospital, has been named 2022-23 board chair of United Way Southeast Louisiana’s board of trustees. Davis will be the first African American woman in the role.

“Community members across our region are struggling, but none more than those who identify as black, indigenous or people of color,” said Davis. “That is why I am proud and grateful to step into this role to lead an organization committed to providing investments in communities with a diversity, equity and inclusion lens.”

A New Orleans native, Davis said she takes pride in her cultural identity as an “African American woman with a gift for healing communities on a widespread level.” She announced that the organization is targeting its efforts in Orleans, Jefferson, St. Bernard, Plaquemines and other parishes, where one third of residents are living below the poverty threshold or in an “asset limited, income constrained, employed” (ALICE) household. ALICE households represent families and singles who work everyday but are still unable to meet their basic needs such as food, housing, childcare, and more.