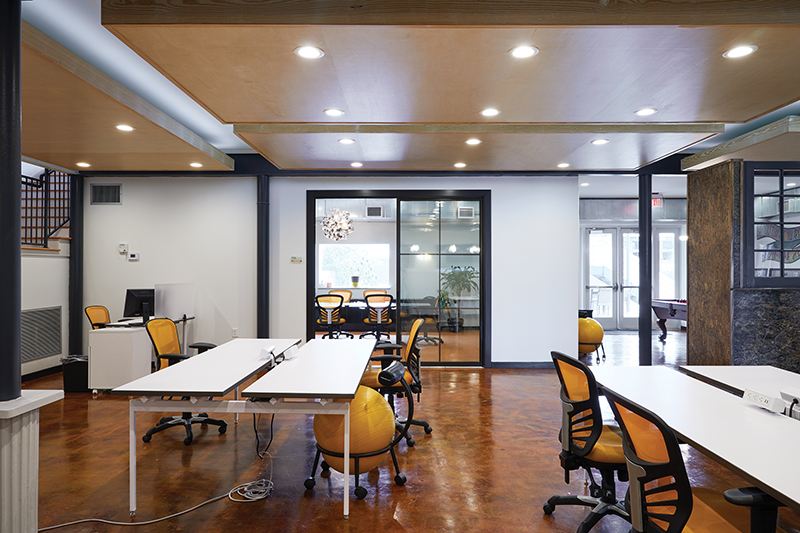 The coworking space Club Discovery (2831 St. Claude Ave.) gets its name from one of the nightclubs the building was home to in the late ’80s through the early 2000s. Many of the club’s original design elements were incorporated into the space. 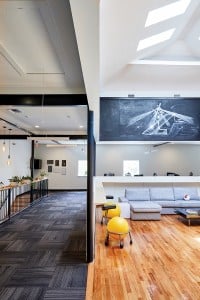 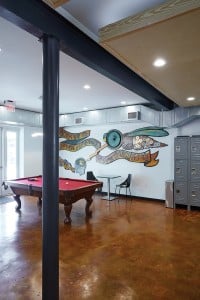 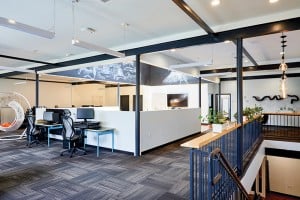 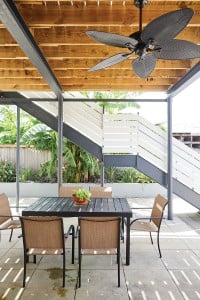 Creating a “cool” culture is important to Christopher Reade, president of the technology company LookFar and Club Discovery coworking space. The St. Claude Avenue coworking space Club Discovery, launched in 2018, got its name from one of the nightclubs the building was home to in the late ’80s through the early 2000s. Many of the club’s original design elements were incorporated into the space.

“We are focused on entrepreneurship, small businesses, being tech forward and we are also located in a cool, funky part of town,” Reade said. “You want a comfortable space, but you want it to have a vibe where people want to hang out there. The whole aesthetic is designed around comfy and homey, even though it’s cutting edge. The idea behind that, which Google kind of pioneered, is to get people to never want to go home. There’s food, a pool table, a kitchen, a back deck and a back patio, a dance floor with a lounge area — all reasons to want to hang out.”

The dance floor is one of the elements of the original design that Reade made sure to keep in play during the extensive renovation of the circa-1890s building. He said the building was for the most part a shell, and every step of the process uncovered a new challenge.

“For instance, on the dance floor, we preserved it and repaired it, but that meant we literally had to tear up every strip of the wood,” he said. “We had to put the subfloor in and then reinstall it. In the bathrooms on the second floor, the slab that that building is sitting on is just about 16 inches thick, which is significantly thicker than you would expect. While coring through that to run plumbing for the bathrooms we burned out four different blades. There was a lot of tough stuff to get through. There was nothing functioning in this building.”

“They were really nice and really helpful,” Reade said. “However, learning how to do that process — for example, they meet once per month, so if you find out you have to do something, you have to wait 30 days — was challenging. They gave us better suggestions. I originally had a gallery with poles down on the street and they suggested instead an awning and I think they were right. It was just the nature of the process was frustrating. It’s slow and it’s got a lot of rules.”

As a result of the COVID-19 shutdowns, Reade said he rebated April rent payments to Club Discovery members and has been working with them as much as possible since that time. In mid-May however, he saw an increase in tour requests for the coworking space.

“Around the end of July or beginning of August, we might be full again,” he said. “It has been surprising to me.”

Reade started the company under a different moniker in 1995 and it has undergone a few iterations through the years,, as well as weathered Hurricane Katrina and more than one economic downturn. Navigating the pandemic and its uncertain business climate has brought about a new set of challenges, but Reade continues to work toward building a like-minded community.

“One of the things we try to do, for example — and we had to stop this for COVID and I’m trying to figure out how to restart it — we bring in food on Thursdays for free,” Reade said. “We did Pizza Delicious, Red’s Chinese — always local. Food is a great way to get people to let their guard down. Everything we do is to try to cultivate a positive attitude and it’s contagious and either people stay away because that’s not what they are into or they align to it.”

Allowing community to use the space for free, member programming, such as seminars, and, as Reade says, “through 100 different things and all of them cumulatively,” are in play to help promote a positive atmosphere for both LookFar employees and Club Discovery members.

For now, like all business owners, Reade is focused on adapting to the uncertainty wrought by COVID-19. While pleasantly surprised by the uptick in membership and interest in membership, he attributes it to his philosophy, “There’s only one coin you can buy loyalty with, and that’s loyalty,” Reade said. “You have to be kind.”