Cruising is Hotter Than Ever

The Port of New Orleans’ Brandy Christian discusses the economic impacts of both ocean and river cruising to the region. 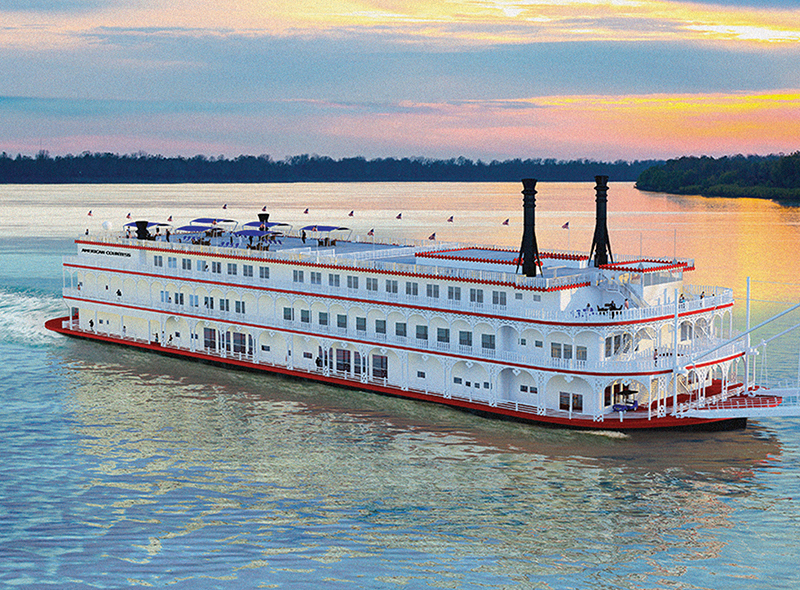 New Orleans’ cruise industry has exploded in the past 10 years. Between the huge ocean liners sailing downriver to Caribbean ports of call and the smaller steamboats traveling en route to Memphis, the industry is growing — and contributing big money to the local economy.

Part of next year’s projected growth can be attributed to the addition of two new ships. Beginning in January, Royal Caribbean International’s Majesty of the Seas will sail from New Orleans year-round. In February, Disney Cruise Line will add a ship with six cruises. They’ll join Carnival Cruise Lines’ two ships that sail year-round and Norwegian, which offers weekly sailings from November through April.

Since each cruise operator tends to attract a different demographic, a diverse collection of operators means more diversity in travelers.

“Disney coming to New Orleans was a huge signal that we are increasingly being seen as a family-friendly tourist destination,” said Christian. “We’re seeing variety beyond our traditional business that started with Carnival — which tends to attract younger, sometimes smaller groups and couples.”

Melinda Bourgeois, owner and president of Travel Central, a full-service travel agency based in Metairie, said having a variety of option — such as destinations and duration, as well as affordability — are what make cruises out of New Orleans so attractive.

Cruises out of New Orleans vary from four-, five-, six- or seven-night voyages.

“Typically, the shorter cruises, four or five days, will head east towards Cozumel, Mexico,” said Christian. “The longer cruises, with a little more sail time, will head towards the western Caribbean, the Florida Keys and the Bahamas.”

Regardless of where they travel, almost all the ships that leave New Orleans come back. Christian said about 98% of calls at the Port of New Orleans are “home ports.”

“Traditionally, home ports have a much more significant economic impact than just a port of call,” she said, adding that when a ship is at home port, “they need to have maintenance done on the ship, they refuel, they restock their food and beverage, they do things like dry cleaning, and get pianos tuned.”

All of this ancillary business adds up to a big economic boost for businesses in New Orleans: nearly $125 million annually, according to the port.

A ship’s crew members also take care of their personal needs when they’re at home port.

“They actually organize trips to go to Wal-Mart, so they can restock personal items; they’re taking care of their banking and insurance needs, all kinds of local services like that,” said Christian.

Travelers who choose to sail from New Orleans aren’t just doing so for the cruise destinations. New Orleans provides its own draw as a top tourist destination.

“One of the reasons cruise companies have come back again and again to New Orleans is they find that there’s a large number of people wanting to come through New Orleans to be able to spend a few nights before they get on a boat — unlike some other cruise ship ports,” said Marc Becker, director of sales and marketing at the Higgins Hotel and Conference Center. “It’s a double vacation, basically, where they spend a little time in the city and then a week on a cruise as well.”

“About 90% of people who cruise out of New Orleans are from out of state, and 73% of those guests stay a day or two in New Orleans before or after their cruise,” she said. “So, we also get the benefit to the hotel industry, the restaurants and local attractions.”

In 2018, that benefit amounted to an additional 306,000 room nights for cruise passengers and about $250 million in new spending (between passengers and crew) for the local and regional economy, according to data from the port.

“That’s a significant amount of passenger volume, and obviously the more passengers we have traveling through the airport, the more we’re competitive for direct flight services,” said Christian.

In addition to MSY Airport, there’s a significant drive market for New Orleans cruise passengers. Becker noted that New Orleans lies within about a day’s drive for close to 50% of the population of the United States, adding that aside from cruisers from Texas, Mississippi and Alabama, many passengers hail from the Midwest.

The Erato Street Cruise Terminal has more than 1,000 parking spaces within the terminal, and the Julia Street Terminal also offers secure parking — all at a price. Becker said local hotels have worked their way in to the cruise parking market.

“One of the most popular hotel packages is a parking package that allows a pre-stay of one or two nights and then travelers can leave their car for virtually cheap or free — depending on the hotel — and then come and pick it up post-cruise,” Becker said.

New Orleans is not without its challenges, however, and according to Becker; one is the time it takes for ships to depart the Mississippi River.

“There’s a long first night’s trip of cruising before you get anywhere, and cruises like to go from port to port to port because that makes it exciting for the guests,” he said.

For some cruisers, however, the river isn’t just a part of the journey, it’s the destination.

“That’s traditionally been a European model, and we’re starting to see more and more of that here on the Mississippi River.”

John Waggonner is the chairman and CEO of American Queen Steamboat Company, which has been operating tours on the Mississippi River since 2012. In 2020, the company expects to offer 80 cruises between three boats. Popular seven-day “Antebellum South” tours leave from New Orleans and stop at either Oak Alley or Nottoway Plantation, as well as Natchez, Baton Rouge and Helena, Arkansas, before continuing up to Memphis.

“The tourists that we attract, a lot of them are very seasoned cruisers who have been all over the world,” said Waggoner. “Now they like to stay a little closer to home. They don’t necessarily want to take a five- or six-hour flight anymore, and they’re really looking for regional American cuisine and unique experiences.”

Most travelers on AQSC are from out of state (and 20% from out of the country) so the company provides an add-on for either a pre- or post-hotel stay.

“When our guests come in, they want to spend two or three days in New Orleans before they get on the boat, and probably two or three days in Memphis,” Waggoner said. “From a business point of view, this really helps the local economy by not only filling hotel rooms, but also restaurants and retail.”

Waggoner noted that AQSC buys its fuel in New Orleans, along with its groceries and flowers for the boat.

The economic impact of the riverboat cruise industry, however, extends far beyond New Orleans.