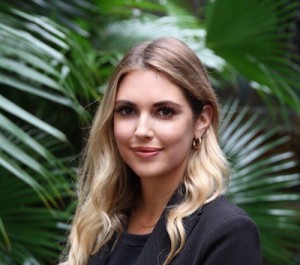 With more than 12 years of experience working for corporate and nonprofit organizations, Cristina has led a variety of public relations and marketing campaigns for clients in a range of industries including real estate, food and beverage, hospitality, healthcare and more – including leading public relations efforts for NASA’s space shuttle program and its last STS-135 flight. She has yielded millions in media impressions nationwide in publications including New York Times, Fox & Friends, Food & Wine, Southern Living Magazine, Delish and more. In 2018, Cristina was awarded first place in Excellence in Journalism & Special Events by the Press Club of New Orleans for LUNA Fête.

Born in Switzerland – and raised in Singapore, Venezuela, Texas and England – Cristina moved to New Orleans in 2015. Cristina is also the founder and editor in chief of the literary journal Big Easy Review and her work has been published nationwide in both English and Spanish. She holds a Bachelor of Arts double major degree in mass communications and journalism from Houston Baptist University and a creative writing certification from New York University. Cristina is passionate about serving the community and has been involved in the Big Brothers Big Sisters of America for eight years, regularly volunteers at Covenant House and is an active member of the Junior League of New Orleans.