If something went wrong, would your company shine or serve as a warning to others?

It’s hurricane season for us in the Gulf South, and while this time of year is about preparing your home and family for a natural disaster, it’s also a good time to think about preparing your business for a crisis. Disaster can strike in an instant — an act of God, a sudden failure of a system, or heaven forbid, an act by someone not fully in control of their senses.

No one wants an emergency on their hands, but I’ve seen far too many instances of ill-prepared companies, as well as some who handled a crisis in a way that became a standard. In both instances, there were valuable lessons to be learned.

Be accountable. Whatever the cause of the crisis — weather, mechanical breakdowns or technology — you must be prepared to be accountable. The No. 1 reason a crisis spirals out of control is because someone stepped into the spotlight and shifted the blame. As New Orleanians, we all had a front row seat when the Gulf oil spill was made worse and worse by each soundbite on the news.

Respond quickly or the public will. Long gone are the days when the public was notified of a “problem” according to the news cycle. Today’s news is instant and in the palm of practically everyone on the planet — and everyone is a reporter. Good or bad, news spreads lightning quick, and sometimes by reporters who may not take the time to fact check. The telephone game has been taken to new and incredible heights.

Understand who your customers are, and who they could be. A company typically knows who its core customers are and often tailor their marketing to appeal to them. However, in a crisis your customer could be anyone. You must consider who you may be pushing away with your response.

Prepare everyone. Having a “spokesperson” is now somewhat of an archaic ideal. Even if you have experts come in to train a handful (or fewer) people to be the talking heads on the news, today’s news is coming from Twitter and Facebook long before the start of the 5 p.m. newscast. Your social media team is now the “official source.” It is even more important now that these staff members have a pipeline to the correct information and that they be empowered to act and respond quickly, and with accuracy and empathy.

Continually prepare and improve your response. Years ago, I worked for a casino operator with a couple of locations in Louisiana and Mississippi. Like many businesses, we were ill-prepared for the one-two Katrina/Rita punch. Although we had a so-called crisis communication plan in place, changes in technology subsequently forced us to make huge changes to the plan. Hurricane season became an annual reminder to review and adjust, and our plans were developed for many worst case scenarios. Planning gives you the opportunity to identify corporate and vendor partners and allows you to put certain things into a queue you hope to never use.

Anthony Mackenzie, director of digital marketing for Eldorado Resorts, has years of experience doing just that. “We develop templates to say we’re closed, we’ll be opening and we’re now open well in advance of any need,” he says. “When a storm starts brewing in the Gulf of Mexico, our properties can start to get details in line and get communications set up so that when the time comes — and we hope it never does — they can attend to the safety of guests, employees and the properties while we take care of the digital communications at the corporate office.”

He says that adding employees in remote locations to your social media accounts and information flow can become a crucial piece in the communications puzzle. 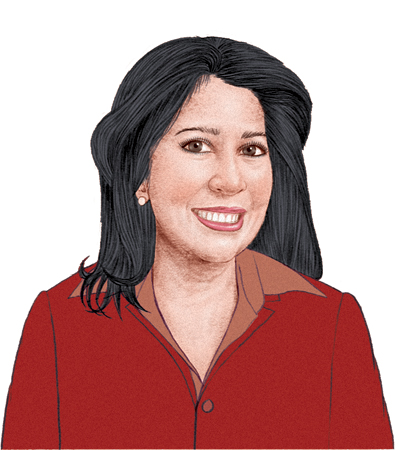 Julia Carcamo is president and chief brand strategist at J Carcamo & Associates, specializing in brand and marketing strategy. She is also the co-founder of espNOLA, a Hispanic marketing and engagement agency. Learn more at jcarcamoassociates.com and espnola.com.