Credit Unions are Cashing In

$2.1 billion — that’s the combined assets of credit unions in Greater New Orleans. With loan growth at an all-time high and extensive effort being focused on millennials, the future is looking bright.

Conceptually, it’s been around since the mid-1800s, when farmers pooled their money to help each other during economic hardship, but to say credit unions have come a long way since then is an understatement.

Credit unions today have more than 100 million members nationwide, with 351,000 New Orleans-area members, whose assets total $2.1 billion. Kristie Daspit, chief operating officer with Campus Federal Credit Union, is not surprised by the numbers. “We have great members who see the value in credit unions and remain loyal,” she says.

These members, or “owners” who save and lend with each other, have a voice (one member, one vote) in decisions made in a unique not-for-profit financial cooperative.

“Since the consumer has a say in how their credit union is run, they transition from the customer mindset to an owner mindset,” says Mia Perez, the chief administrative officer for Louisiana Federal Credit Union. “This in itself builds loyalty, and loyalty dictates where consumers do business.”
According to local and national credit union representatives, since there are no external stakeholders, coffers are returned in the form of both better rates and cheaper fees. “When it comes to rates, credit unions consistently charge less, often saving the consumer hundreds of dollars each month on a loan payment,” says Perez.

In fact, credit unions have been enjoying an all-time high in loan growth as consumers loosen the purse strings post-recession.

“Since the consumer has a say in how their credit union is run, they transition from the customer mindset to an owner mindset. This in itself builds loyalty, and loyalty dictates where consumers do business.” – Mia Perez, chief administrative officer, Louisiana Federal Credit Union

“We are seeing record loan requests for automobiles and first-time home buyers,” says Perez. According to the Credit Union National Association’s (CUNA) year-end Economic and Statistics results, credit union loans increased by 10.5 percent in 2015 the biggest jump in 10 years.

“We are now seeing an increase in loans as a result of positive growth in jobs and incomes, along with the need to replace items purchased prior to the recession,” explains Gambino. Cooperative representatives say their personalized service is also behind this increase.

“Our core mission is ‘people helping people,’ and this remains constant,” adds Daspit.

That loan growth is expected to continue next year. The National Credit Union Administration (NCUA), which regulates and supervises credit unions, unanimously approved a change in the rules affecting member business loans (MBLs), including lifting the personal guarantee requirement under certain circumstances.

Beginning January 1, 2017, this new rule will make it easier for credit unions to sell business loans to other credit unions, which in turn will expand their lending capabilities beyond the legal cap dictated by the legislature.

While enjoying all these successes, credit union leaders and their advocacy groups have been lobbying hard on Capitol Hill to maintain a crucial part of its identity. CUNA, the National Association of Federal Credit Unions (NAFCU) and other groups are fighting a myriad of issues including what watchdog leaders call a “choke-hold” from mounting regulatory burdens. 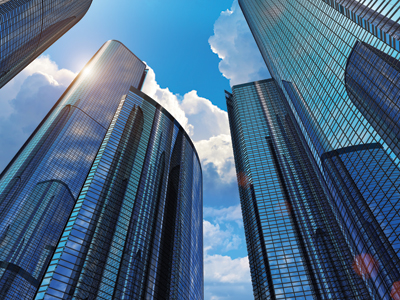 Cooperatives, like small banks, are having a tough time keeping up with the constant changes of federal regulations stemming from the Dodd-Frank Act. “We didn’t contribute to the financial crisis, yet we are forced to comply with the same banking rules as megabanks,” says Donovan.
CUNA and NAFCU are also pushing for relief legislation to lift the dated 1998 business lending cap from 12.25 percent to 27.5 percent of total assets. At the same time, the groups are fighting to preserve credit unions’ federal corporate income-tax exemption status.

Credit union advocates are hoping for the passage of new legislation that would spread cyber security responsibilities to merchants as well. “We want Congress to hold merchants that accept payment cards to the same security standards as the credit unions and the banks that issue the cards,” explains Donovan.

Adding to that momentum to ward off security threats, Armand Parvazi, the marketing manager for Xplore Federal Credit Union, says cooperatives are ever-vigilant when it comes to protecting members. “We take a proactive approach and try to catch fraud before it becomes a larger problem. We have services in place to detect suspicious transactions on accounts and alert members and our credit union.”

At the same time, credit union market strategists are trying to build their membership and target a larger audience, particularly millennials, the nation’s largest consumer. But therein lies a major challenge: According to research from the nation’s leading credit union service organization, Public Service Credit Union, 71 percent of millennials say they don’t know what a credit union is.

But even with this challenge, credit union strategists are looking at millennials as an opportunity. “One of the most prominent characteristics of this demographic is the desire to align oneself with organizations and businesses that are purpose-driven,” says Perez. “Nearly 2 million millennials became members of credit unions between 2013 and 2014, a 2 percent increase, according to the Credit Union National Association.”

And those numbers are expected to increase as more funding is put behind digital advertising instead of traditional marketing.

“We didn’t contribute to the financial crisis, yet we are forced to comply with the same banking rules as megabanks.”– Ryan Donovan, CUNA’s chief advocacy officer

“Young adults aren’t reading papers, newsletters or using the traditional channels credit unions have used in the past to disseminate information,” says Gambino, who believes evolving with technology isn’t only smart, it’s crucial for effective generational marketing. “The ability to deliver marketing messages, interact with members, and facilitate information sharing about your credit union 24/7 at the member’s convenience is becoming standard,” he adds.

Promoting brand awareness and educating consumers about how committed cooperatives are to helping members is imperative for continued success. “They know what a financial institution does; the important part is letting them know that we are ready to help them in whatever way we can,” says Parvazi about millennial customers.

Daspit mirrors that sentiment. “We adjust our message and content, making it relevant to a given channel while integrating our brand,” she says. And what tools will come into play? “Our marketing strategy now includes online, behavioral-targeted email and social media marketing,” explains Daspit.

Over the past decade, meanwhile, credit union marketing strategists have made huge strides in keeping up with the times, and specifically keeping up with the pace of digital banking. From mobile apps to mobile-friendly websites , cooperatives are offering more to meet the demands of today’s tech-savvy consumers.

“We’ve transitioned from ‘visit a branch’ to open an account to being able to open that account online, and even closing loans without ever stepping foot in a branch,” says Perez.

Daspit describes how Campus Federal Credit Union has implemented technology such as its ‘Campus Connect Teller Machines.’ “This allows members to complete transactions with the assistance of a teller via video conferencing.” And she says that concept extends to the simple act of putting money into your account. “We have also implemented ‘Campus Click,’ which is our mobile deposit feature, allowing members to deposit checks from anywhere via a mobile device.”

“Attracting and retaining members, engaging with them, and creating relationships — not just as account holders and as a financial institution — is paramount,”– Ashley Gambino, marketing manager, Jefferson Financial Credit Union

In addition to online and mobile banking, Xplore’s Parvazi explains how members can walk into almost any credit union branch nationwide to do their banking through the CO-OP Shared Branch Network. “The network gives us access to over 5,000 branches across 50 states, making sure you are never too far from your account,” says Parvazi.

So what does the future hold for the ‘people helping people’ financial institutions?

According to CUNA’s Economic and Statistic projections, in 2016 credit union memberships will continue to increase by 3 percent and loan balances by 10 percent. In order to maintain that momentum, Gambino believes credit unions must continue to add value for its members. “Attracting and retaining members, engaging with them and creating relationships — not just as account holders and as a financial institution — is paramount,” says Gambino. Parvazi says the credit union movement will prevail. “Looking over the past 20 years, how much we’ve grown, how many members we’ve helped save money and get on the right path, it keeps me excited to see the future of our industry,” he adds.

Part of that future success means preserving the credit unions’ unique identity and philosophy for generations to come. “Our core principles of people helping people and personal, friendly service will not go away,” says Daspit. Perez agrees. “If we keep telling our story and adding value to the consumers we serve, we will be poised for success today and in the future.”