The purchase took place on Oct. 26.

“We’re incredibly excited about this project,” says Servio CEO Ryan Enk. “Not only will it serve New Orleans lovers who want a place to stay while visiting with the opportunity for an income-producing condo, but it will also serve this corridor of health and business professionals with the opportunity to own a condo so close to their workplace.” 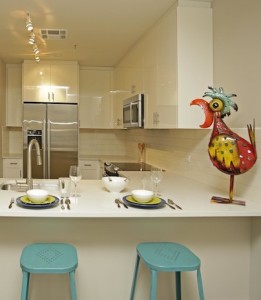 The property, formerly operated as Hibernia Bank’s operation center, had previously been converted to housing and was acquired by Servio Capital through arbitrage.

“It’s exciting to bring the opportunity to own your own condo to a market that has increasingly limited supply of inventory,” said JW Hunt, lead acquisition analyst for Servio.

The California Building was designed in 1949 by Benson and Reihl Architects and constructed in 1950 as part of the post-World War II building boom, when discoveries and demand of oil and gas brought considerable prosperity to both the city and Louisiana. It stands at the corner of Tulane Avenue and Rampart Street and is among the oldest International Style buildings in New Orleans and serves as an archetype of Art Deco design.

Now a pet-friendly condominium, the building has been upgraded with a media room, fitness center, business center and game room.

“The transformation from an apartment complex to a condominium allows for more economic opportunity to all involved in this project,” said Preston Dellinger, COO of Servio Capital. “We’re excited to provide that opportunity in such a beloved city.”