NEW ORLEANS – Supply chain disruptions and increased demand during the coronavirus lockdown have combined to make new bicycles hard to find in New Orleans and nationwide. The result is one of the rare silver linings of the pandemic: local bike shop owners are busier than they’ve ever been.

The whole situation was set in motion in January, when the COVID-19 pandemic in China shut down the factories there that make most of the bikes and bike components sold in the U.S. 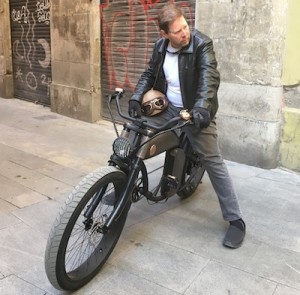 “It really hit with a vengeance,” said Larry Lagarde, the owner of RideTHISBike on Dauphine Street in the French Quarter. “All the factories stopped. Not just the bike makers but the people who make the wheels, gears and seats. The whole supply chain ceased to function and there weren’t bikes coming across the ocean in container loads.”

Then, when the pandemic reached U.S. shores, a sudden spike in demand further exacerbated the situation.

“People couldn’t do anything,” said Lagarde. “They couldn’t go to bars, music clubs, theaters or restaurants. What could they do? They could go out for exercise. So essentially people have rediscovered bicycles. It’s something to kill the time besides watching endless reruns.”

The result is that many bike shops are literally working overtime.

Marc Ducote, an owner of Bicyle World on Jefferson Highway, said he hasn’t had a moment to catch his breath and figure out just how much the store’s business has increased during the pandemic. He estimates, though, that they’ve been selling 100 bikes per week over the last three months vs. the usual 100 per month.

“We sold everything,” he said. “You’ve seen my warehouse. I could host a 5-on-5 tournament here right now. I could bring in the Pelicans. We were building, building, building all the time. We were so busy with customers, we couldn’t build during the day. We had to wait until night to get stuff built. We’d build 20 bikes one day and the next day sell 30.”

Since new bikes are hard to find, customers are bringing in old bikes for repair.

“You have people who haven’t been on bikes in years and people who have had bikes in their garage or rusting in the backyard looking to have them repaired so they can ride them,” said Lagarde. “I’ve seen bikes that have no business being on the road because they’re so rusted and people are having us put on new tires and new tubes and new brakes.”

Bikes are harder to get but not impossible to find. Buyers just need to be patient and they need to be prepared to wait. Ducote said he’s got about 500 bikes on back order and several shipments have arrived or are arriving this week to help fill them. A small percentage of the bikes being delivered are not pre-sold.

Other factors? Tariffs and Blue Bikes

Lagarde has another theory about why demand is high at specialty bike shops: There have been less low-end bikes for sale in the big box stores because of tariffs on products from China that were imposed last year.

“Once the tariffs went into effect in 2019, the bike makers and suppliers in the US had a quandary to deal with,” he said. “The low-end bikes are unprofitable because of high tariffs so many of the bikes that would normally be sold at Walmart weren’t money makers. So the big box stores that sell the low-end bikes placed huge orders right before the tariffs took effect and then they didn’t get anything after that.”

Another possible factor leading to the current bike shortage? The disappearance of Blue Bikes from city streets in March. Jump, the company that operated the program, originally took the fleet out of rotation for health reasons. Now the future of the program is uncertain because Jump was sold by Uber to electric scooter company Lime in May. Lime has yet to announce its plans for the bikes, which are currently sitting in a New Orleans warehouse.

In Lagarde’s case, he still has some stock to sell. He said he was lucky because May is usually his busiest month because of his French Quarter location. He rents lots of bikes to Jazz Fest visitors so he’d already placed an order for new bikes to use for that purpose. That inventory proved valuable in the last few weeks and he said he’s filled orders from people who have driven in from as far away as Alabama and Texas.

“I had someone buy two bikes from Houston,” he said. “He wired money to his girlfriend so that she could buy the bikes and she came and picked them up. We’ve seen some truly astonishing things.”

Worldwide Slowdown in Fishing Unlikely to Save Rare Species