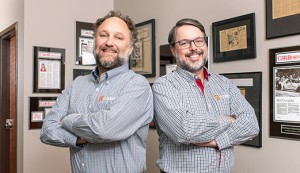 NEW ORLEANS — New Orleans-based IT company Courant (formerly Rent-A-Nerd) is celebrating its 25th anniversary this month. Founder Darrin Piotrowski launched a  computer repair business as a “side hustle” in 1997 by hanging flyers on telephone poles. Now, a quarter-century later, he leads an IT company that provides technical solutions to many greater New Orleans businesses. Courant is located at 2200 Tulane Avenue.

The company celebrates the anniversary with an entertaining blog post sharing 25 memories, one for each year Courant has been in business.