Controversy on the Line

The mayor’s office is considering selling the New Orleans Public Belt Railroad, and some say it’s already impacting the Port of New Orleans.

This year, the Port of New Orleans and its related businesses have been working against nature to keep their heads above water. Now they may be working against the mayor’s office, too.

Heavy rains and silt runoff at the beginning of the year led to a clogging of the mouth of the Mississippi River, restricting access through the main shipping channel, driving up costs to ship goods through southeast Louisiana and sending commerce to other ports of call.

At a time when maritime-related businesses needed a life raft, it could be argued that New Orleans Mayor Mitch Landrieu has thrown them a rock instead.

The mayor’s office is considering selling the New Orleans Public Belt Railroad (NOPB), a city-owned railroad with the primary mission of serving the Port of New Orleans and its 22 tenants. Proponents of the sale say it will bring the city a needed influx of cash, possible ongoing taxable income and private capital for tech improvements. Opponents argue a change would have a dramatically negative impact on the port and local businesses and industries, increasing costs, making it more difficult to move goods to their destinations and, ultimately, moving money out of New Orleans.

The Little Engine that Does

NOPB was created in 1904 to put all the tracks feeding the city’s portage under a single public entity in order to prevent a price-gouging monopoly from forming. Today, NOPB runs along the New Orleans riverfront and inner harbor, connecting New Orleans to a combined network of more than 132,000 miles of tracks that reach every major market in North America.

NOPB does not receive any taxpayer money, nor does it pay any money to the city. It is funded by rates paid by the railroads that use the tracks. Revenue generated by the Public Belt is used to fund maintenance costs, capital investments, labor, administrative costs and other railway functions.

“We’re a not-for-profit agency,” said NOPB General Manager, Jeff Davis. “Therefore, we keep our pricing low in order to be competitive with other markets, such as Houston, Mobile, Tampa and Miami.”

New Orleans is unique in that it is the only U.S. city with a deep-water port and a north-south and east-west railroad gateway served by all six Class 1 railroads – CSX Transportation, Norfolk Southern Railway, BNSF Railway, Union Pacific Railroad, Canadian National Railway and Kansas City Southern Railway.

“The Class 1 railroads move in excess of 132 million tons of rail freight with a combined value of $147 billion through Louisiana each year,” Davis said. “A lot of that moves through New Orleans.”

The Port of New Orleans is also a self-sustaining, state-owned body, which receives no local or state funding for administration or operations. According to the New Orleans Board of Trade, the port accounts for 160,500 jobs in Louisiana, is responsible for $8 billion in earnings, and contributes more than $800 million in state and local taxes annually. On a national level, it is estimated that 380,000 jobs are dependent on the cargo that is handled by the Port of New Orleans, with an economic impact of $37 billion to the national economy.

The Port and NOPB have a symbiotic relationship. The NOPB is not charged rent on the port-owned properties it uses to serve port tenants and other local industries. The Public Belt provides efficiencies to port tenants, including lower shipping rates and faster shipping times due to direct delivery on one railroad line compared to using multiple carriers.

In addition, companies can ship goods directly to multiple markets from the Big Easy, lowering costs by preventing shipping, warehousing and distributing from multiple locations across the country.

With the increase in international container shipping, the widening of the Panama Canal and the lifting of the Cuban embargo, rail has been a major component in the port’s growth strategy for several years.

“The $25 million Mississippi River Intermodal Rail Terminal – the Port’s on-dock intermodal rail terminal at the Napoleon Avenue Container Terminal, which opened in March 2016 – relies on the NOPB to provide efficient and cost-effective service to the Class 1 railroads,” said Matt Gresham, director of external affairs for the Port of New Orleans.

Through the Napoleon Avenue Container Terminal and Intermodal Rail Yard, the NOPB moves rubber, plywood, steel products, metals, ores and minerals, sand, paper, lumber, resins, grain, animal feeds, cement, wallboard, canned goods, latex, asphalt and chemicals. And it has some of the fastest delivery schedules available. The NOPB can help to ship goods from dockside in New Orleans to Chicago in 48 hours.

Down this Road Before

Nestled between the U.S. Army Corps of Engineers’ floodwalls and the Mississippi River, on either side of the Industrial Canal and along the Leake Avenue/River Road levee, the operations of the NOPB are, for most local residents, out of sight and out of mind. But a 2010 state legislative auditor’s report revealed what many thought to be unbridled spending by then General Manager Jim Bridger. With former Mayor C. Ray Nagin under federal investigation for malfeasance in office, Landrieu wanted to avoid any semblance of public waste or corruption. He asked for and received Bridger’s resignation, as well as each member of the railroad’s governing board.

The mayor appointed an interim board to clean up the NOPB. As a way to infuse city coffers with cash for infrastructure development, the mayor considered the possibility of selling the railroad to a private operator.

Thomas Coleman, a New Orleans businessman who served for four decades as the CEO of International-Matex Tank Terminals, was interested in buying the Public Belt, whose value he estimated between $20 million and $75 million.

While the NOPB’s governance seemed settled, the mayor never took the idea of selling the railroad off of his agenda.

The city has now hired Dallas-based consulting firm KPMG Corporate Finance to organize information, collect feedback and study potential options for the NOPB, including maintaining the status quo; entering into a long-term public-private partnership in which a private operator would run, maintain and invest in the railroad; or selling it outright.

In April, KPMG estimated the railroad’s value between $61 million and $196 million. Its latest options analysis is expected this month.

“We have a fiduciary responsibility to review the options analysis and gather input from a broad group of stakeholders so that we can bring this process to a conclusion,” said Hayne Rainey, the mayor’s press secretary. “Ultimately, (the) Mayor, (City) Council and Public Belt board will determine if any changes (in) structure to the Public Belt are in the best interests of our city.”

The NOPB and its users, however, believe any change in management, namely a switch to a for-profit model, will cause rates to increase or service to decrease, leading to the Port of New Orleans becoming less competitive.

David W. Kearney, president of The Kearney Companies Inc., said his businesses have been involved in logistics at the Port of New Orleans for more than four generations, primarily converting railcar shipments to and from ocean containers for export and import markets around the world.

“The NOPB is a key element in the ongoing success of cargo operations at the Port of New Orleans,” Kearney said. “The commodities that we handle all have effectively no tolerance for higher pricing, and New Orleans competes, like every other gateway, for its share of cargo based on price and service. Without reliable service and competitive rates, much like a utility, business will immediately shift to other more reliable and competitive ports.”

“We’re monitoring the situation but haven’t been involved,” Fitzpatrick said. “We’re waiting for the KPMG study to be released to learn more.”

The NOPB would benefit from an expansion of the railroad’s France Road Yard to increase switching and storage volumes, replacing the Almonaster Bridge, and investment in technology, but as a self-funded entity, it has very limited reserves for capital improvements and is legislatively limited to a bonding cap of $5 million, Kearney said.

What You Don’t Know Can Hurt You

As the Public Belt’s future has remained open-ended, business and investment have slowed, something Kearney said is affecting the Port of New Orleans’ ability to maintain existing business in the short term and build new business over time. His company, which also has operations at the Port of Savannah, is holding off on million-dollar capital improvements in New Orleans until the railroad’s future becomes clearer.

“The uncertainty that has surrounded the railroad over the last year has created difficulty for us in attracting new business,” Davis added. “It’s been difficult to expand with our Class 1 partners. Nobody wants to enter a deal just to have a management change a few months later.”

If a change is made to the railroad’s management, business will lag until the new entity can prove that it will provide similar rates and service, he said.

“We have the ability to have a bright future,” Davis said. “But we can’t do that in an uncertain environment.” 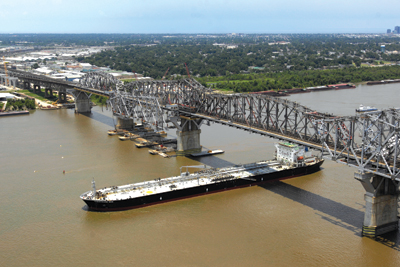 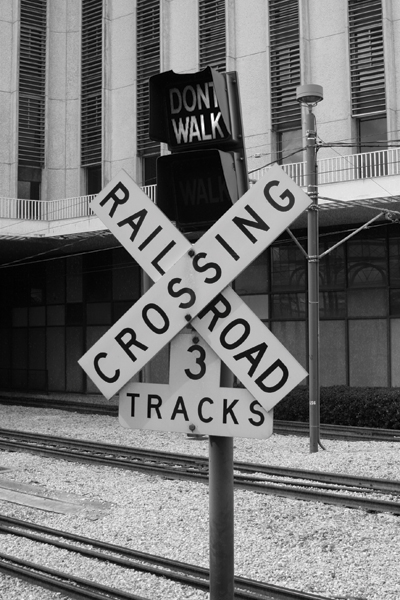 • 1896:    The Municipal Affairs Committee proposes the New Orleans Belt Railroad, to be owned and operated by the City of New Orleans.

• 1908:    Operations begin with one locomotive covering more than 20 miles of track from Monticello Street to Mandeville Street.

• 1956:    NOPB Extends Track to Lake Pontchartrain, with construction of France Yard and tracks along both sides of Industrial Canal.

• 2008:    NOPB Centennial railroad celebrates 100 years of service to the Port of New Orleans.

To the west – BNSF serves the western states and two Canadian provinces with a 32,000-mile network. Union Pacific has 32,000 miles of track serving the western two-thirds of the United States and parts of Mexico. Kansas City Southern runs a 6,000-mile network through the South, Midwest and Mexico.

To the north – Canadian National operates 19,000 miles of track to the Midwest and all of Canada.