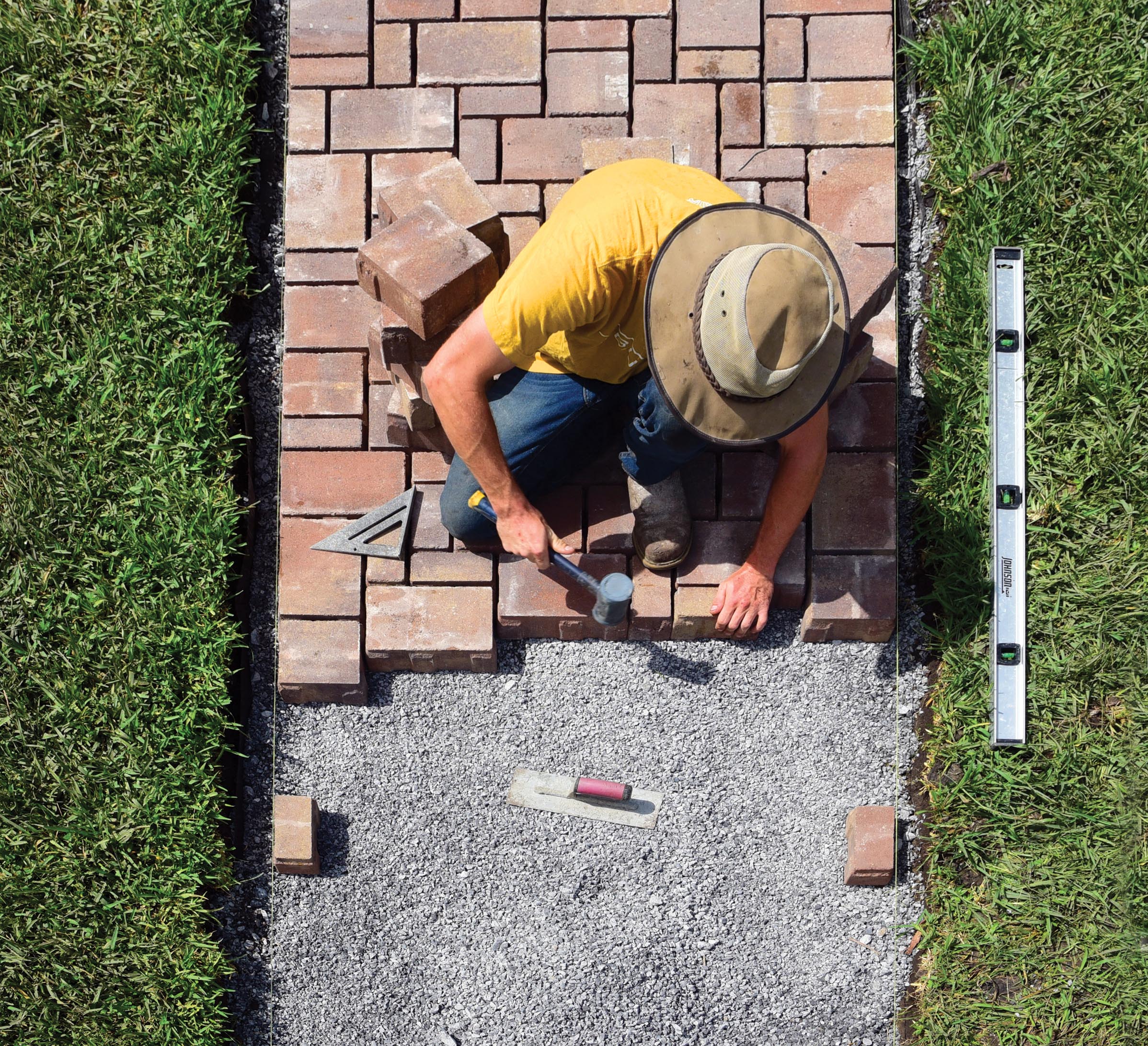 If you want to decrease flooding, lower infrastructure costs and reduce water pollution, the answer lies in green stormwater infrastructure. Formed in 2016 with $5 million in federal funds, the Community Adaptation Program is a pilot program by the City of New Orleans that targets stormwater issues specifically in Gentilly. Seen here, a worker with local company and prime contractor Ubuntu Construction installs a permeable walk path at a residence. Pavers are installed so that joints, or gaps between the pavers, allow water to flow into a 1-foot excavated subbase that stores runoff until it is slowly released into the ground. This home will use approximately 500 square-feet of pavers for the driveway and walking paths capable of capturing 1,500 gallons of water during a storm event. BuiltbyUbuntu.com.