Local professionals compete for the title of this year’s Leukemia & Lymphoma Society Mississippi/Louisiana Chapter’s Man and Woman of the Year.

Benny Cousins is a thriving, healthy 10-year old boy living a happy and carefree life. But back in 2011, his life was far from carefree — it was full of fear, pain and long anxious hospital stays. Cousins had acute lymphocytic leukemia, and then in 2016, was diagnosed with renal carcinoma.

“He’s a trooper,” says his mother, Kim Cousins. “We had such support from friends, our family and the Leukemia Society. I was out of work for almost a year. If it wasn’t for the financial resources we got from them we could have lost our house.”

Camille Reynolds is a 9-year-old girl who loves to sing, dance, play soccer and is perfectly and joyously normal. As a baby, however, she was diagnosed with acute myeloid leukemia, or AML, a type of blood cancer.

“We couldn’t have made it through the first two months after her initial diagnosis without the help of LLS (the Leukemia & Lymphoma Society),” her mother, Stacie Reynolds said.  “They reached out financially and offered a variety of resources.”

Her friends and family call Camille “the little philanthropist,” because she truly enjoys raising awareness and funds for blood cancer patients, especially the younger ones.

“I like helping kids realize how many people care for them,” Camille said. “And I want people to know no matter how young you are, you can still help. I try to help others the way others helped me. It’s important to give back.”

This year, Cousins and Reynolds are the Leukemia & Lymphoma Society Mississippi/Louisiana Chapter’s (LLS) Boy and Girl of the Year, and dedicated local men and woman are raising money for both these children and LLS through the Man and Woman of the Year campaign.

The fundraising event is a philanthropic competition to support blood cancer research among a group of motivated and dedicated individuals in communities across the United States. Candidates form powerful fundraising teams to compete in honor of two local children who are blood cancer survivors.

Last year’s inaugural Man and Woman of the Year by LLS’s Louisiana and Mississippi Chapter claimed the honor of the largest first-year event in LLS history by raising $829,036.

“Starting after Mardi Gras, our committee made up of volunteers submitted names of possible candidates,” said Adam Eversole, LLS’s senior campaign manager. “Then we whittle that list of 300 to 400 people down to create our very diverse list.”

This year the candidates in the Louisiana/Mississippi chapter range from realtors to successful bar owners who have been ardently raising funds since early April. The man and woman who raise the most money in a 10-week period will win the prestigious titles of Man and Woman of the Year at the organization’s celebration June 14. They will then go on to compete nationally for National Man and Woman of the Year.

Through events such as this, LLS has invested more than $1 billion in research to advance breakthrough therapies. In fact, nearly 40 percent of new cancer therapies approved by the FDA since 2000 were first approved for a blood cancer and LLS helped advance most of them.

LLS supports the full spectrum of research from bench to bedside – that is, from basic, laboratory-based research to large-scale clinical trials. In 2017, it supported a total of 227 research grants, a $211 million multiyear commitment.

“Approximately every three minutes one person in the United States is diagnosed with a blood cancer,” said Eversole. “New cases of leukemia, lymphoma and myeloma are expected to account for 10.2 percent of the estimated 1,688,780 new cancer cases diagnosed in the U.S. last year.”

At a small office in Metairie, Eversole says even with a lean staff the chapter still gets a lot accomplished thanks to volunteers. The organization has several other successful events, including Light the Night — which includes a walk, retail campaign and random “Acts of Lights” — and the Leukemia Cup Regatta.

Recognizing that every dollar makes a difference in pioneering cancer cures, the organization also encourages volunteers to create their own events. With the program LLS Lifestyle, volunteers can turn any activity or event into a way to support the organization, from soccer games to dance-a-thons.

Eversole says he lost his grandparents to leukemia, so he jumped at the opportunity to give back.

“I’d been working in politics and just became jaded,” he said. “This job is really more like a personal calling and it’s a perfect fit.”

Sidney Torres, last year’s Man of the Year, not only raised the most money, he also offered a ride in his plane during the event’s silent auction and says he plans to do the same this year.

“Our goal for 2018 is to continue to raise more funds for blood cancer patients and research,” said Eversole. “The more we raise, the more we can give back. Over 77 percent of the funds we raised in fiscal year 2017 went to our mission, and much of that money went back into the local community where it was raised. We used it to help the patients and their families because we do it all for them.” 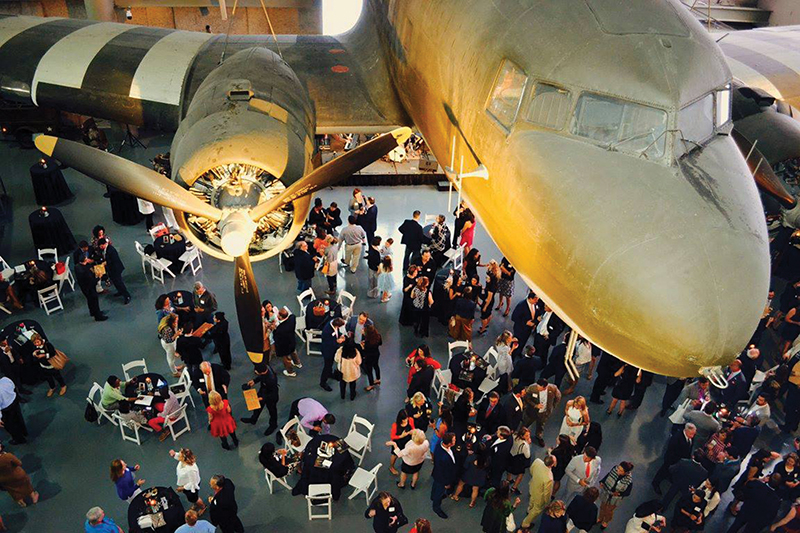 Last year’s Man and Woman of the Year event at The National WWII Museum was the largest first-year event in the history of the Leukemia and Lymphoma society, raising $829,036.

Brittney Ankersen: Associate of Courington, Kiefer and Sommers Law firm. The firm is owned by Kaye Courington, the 2017 Woman of the Year and new LLS board member.

Mike Hollis: CEO of Hollis Companies and past king of Argus

Peter Moss III: Specialist at ChapterSpot: he is the son of Peter Moss Jr., owner of Moss Antiques on Royal Street.

Ayesha Motwani: Co-owner of AKM Holdings with her husband, Aaron

want to help cure cancer! The organization has teams and events of all sizes. To get involved, contact Adam.Eversole@lls.org

June 14 — The 2018 Man and Woman of the Year will be named for 2018 at The National World War II Museum in a grand finale gala emceed by Mark Romig, president and CEO of New Orleans Tourism Marketing Corp.

November 8 — Light the Night Walk at Lafreniere Park
Student Series: A year-round campaign in schools throughout Mississippi and Louisiana 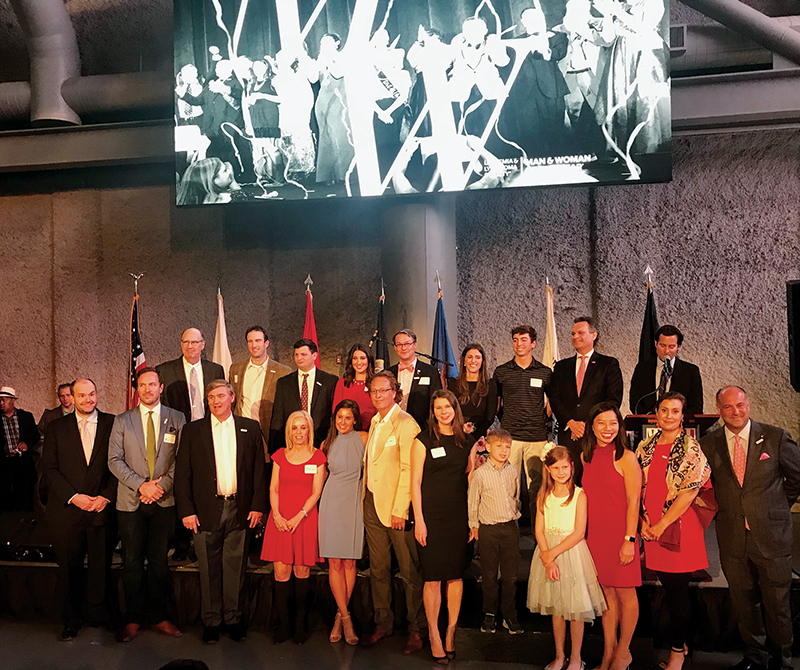 This year’s contenders for the 2018 Leukemia & Lymphoma Society Mississippi/Louisiana Chapter’s Man and Woman of the Year. 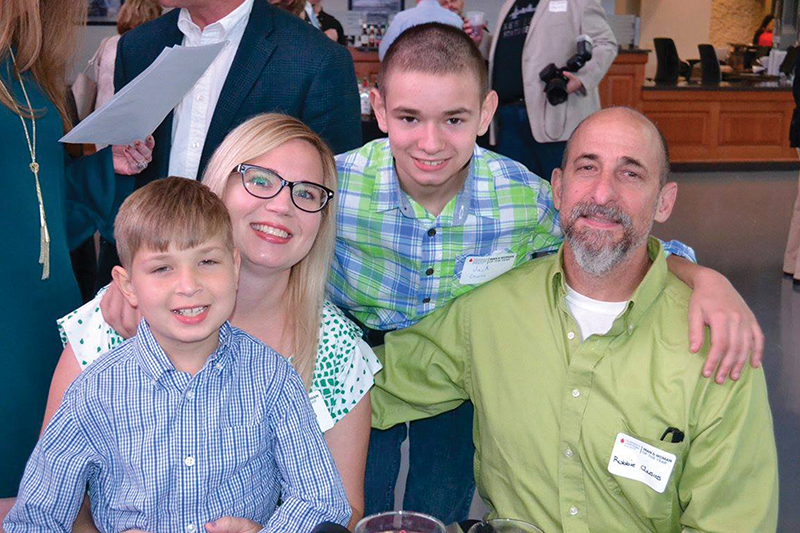 Boy of the Year, 10-year-old Benny Cousins (bottom left) with his family.

Mission: The mission of The Leukemia & Lymphoma Society (LLS) is: Cure leukemia, lymphoma, Hodgkin’s disease and myeloma, and improve the quality of life of patients and their families.

From 2016 to 2017, LLS provided over $1.6 million for local patient support and millions more in cutting-edge research.

LLS has invested more than $1.2 billion in research since its inception 68 years ago.

The organization dedicated $42 million to support scientific grants, including 83 new grants awarded in 2017 alone to researchers across eight countries.