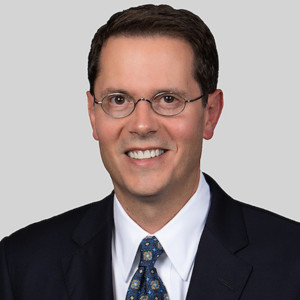 NEW ORLEANS, La. – Louis Colletta, JD, attorney at law, has been appointed general counsel for LSU Health Sciences Center New Orleans. His practice covers a wide range of areas including civil litigation, health care and compliance as well as labor and employment law. He brings more than 19 years of legal experience representing major port authorities and governmental clients such as the city of New Orleans and the Orleans Parish school board as well as several fortune 200 companies.

Before joining LSU, Colletta was executive counsel for the bBoard of commissioners of the Port of New Orleans and the New Orleans Public Belt Railroad (NOPB) Corporation. He represented one of largest deepwater seaports in the nation in various matters where he drafted complex commercial contracts, land leases for major economic development projects and negotiated facility operating agreements. He also oversaw and ensured compliance with federal and state laws. Colletta also handled the board’s litigation matters, as well as those for the NOPB.

Colletta previously served as an equity partner at a Louisiana law firm serving the Gulf Coast region. Later, he was a partner at a top 100 U.S. law firm recognized by Financial Times, where he specialized in general casualty and commercial litigation. He has handled mass tort, class action, insurance coverage and transportation litigation.

Colletta received his bachelor of arts degree from McNeese State University.  He earned his law degree from Tulane University Law School in 2000. Before, during and after college, he served as an executive assistant to United States Congressman Jimmy Hayes of Louisiana’s 7th Congressional District. Following law school he served as a law clerk for the Honorable Gene Thibodeaux, chief judge of the Third Circuit Court of Appeal.