Starting next April, investment advisors will be required to put client needs above their own — a demand that’s causing turmoil in the industry.

A large shift occurred in the financial industry earlier this year when the U.S. Department of Labor (DOL) finalized standards on the role investment professionals play in providing investment advice.

Starting next April, all investment advisors will be required to act under a fiduciary standard, which requires placing the best interests of their clients ahead of their own. The new regulation means that the industry will be more heavily regulated in an effort to cut back on nearly $17 billion in exorbitant fees a year. The rules are meant to prevent advisers from charging high commissions at their clients’ expense.

The new standard will likely come as a surprise to many, as according to a March 2016 survey conducted by Financial Engines, nearly 46 percent of Americans currently believe that financial advisers are legally required to put their clients’ best interests first with their retirement planning.

More than three in four (77 percent) of American adults surveyed by Financial Engines in their March 2016 report, “In Whose Best Interest,” said that they would be in favor of advisers who provide advice on retirement assets to be held legally accountable for clients’ financial well-being. Currently only financial advisers who voluntarily agree to meet the terms of the fiduciary standard are held legally accountable.

The fiduciary rule was finalized after a seven-year process that began in 2009, when the DOL undertook a multiyear regulatory project to address conflicts of interest in investment advice. The purpose, said the DOL, was to balance the need to better protect retirement savings while at the same time “minimizing disruptions to practices and advice that currently work in the benefit of the client.”

“Unencumbered and unbiased advice is where the industry is headed,” said P. David Soliman, CPFA at Faubourg Private Wealth. “There has been a lot of push back and forth within the industry since the rule was finalized. Disclosure, transparency, independence; these are themes clients want to hear.”

“We have started taking steps to make sure we are interacting with clients in a fiduciary manner.” -W. Tyson Vanlandingham, managing partner at Faubourg Private Wealth

Soliman started Faubourg Private Wealth with business partner, Tyson Vanlandingham, a year and a half ago.

“We chose to be an independent firm in order to do what’s right for our clients,” said Soliman, “without having to deal with sales goals and revenue goals that we have to hit. This allows us to be true advisers to our clients.”

Until the fiduciary rule was finalized in April of this year, only financial professionals and firms registered as investment advisers with the Securities and Exchange Commission (SEC) have had to follow fiduciary standards. Other financial professionals including brokers and insurance agents have until now been held to a suitability standard, which means they are only required to make investment recommendations that are suitable for their clients but not necessarily those which are in their best interest.

The DOL rule also requires advisers who accept commissions or revenue sharing to have clients sign a BICE (best interest contract exemption.) The exemption is a pledge that asks the adviser to act in the client’s best interest and also requires the adviser to disclose information regarding conflict of interest or fees earned. This contract would allow investors to sue their advisers if they think their interests were compromised.

However, the exemption allows firms to continue to rely on current compensation and fee structures as long as they can still meet specific conditions intended to ensure financial institutions can mitigate conflicts of interests with their clients.

Specifically, in order to align the adviser’s interests with those of the plan or IRA customer, the financial institution has to acknowledge fiduciary status for itself and its advisers, according to the DOL.

Financial institutions will be required to comply with the new rule by April 10, 2017. The regulation will impact all financial professionals currently offering investment advice for retirement accounts.

The new fiduciary definition sets forth the requirement that the person represented is acting as a fiduciary. This means that the advice offered by the fiduciary, whether it is a written or verbal agreement, is based on the particular investment needs of the client. The final rule also includes several activities that would not be considered a recommendation and therefore not subject to a fiduciary standard, such as: a transaction with an independent sophisticated fiduciary such as a broker dealer, a registered investment adviser or a plan with more than $50 million in assets. 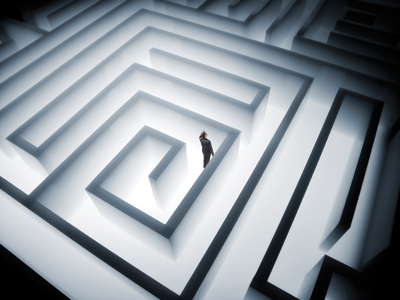 W. Tyson Vanlandingham, a managing partner at Faubourg Private Wealth, said the “DOL ruling, in all, is going to educate and lead the consumer down the path where they know exactly what they own and what they are paying for.”

“We have started taking steps to make sure we are interacting with clients in a fiduciary manner. We started our firm … to make sure there was transparency,” he said.

“Someone who is operating under a fiduciary standard without the conflict of interest is pushing a commission that is appropriate for that client but not necessarily in their best interest,” Vanlandingham added. “Within the advisory world there has been a lot of debate about how things get disclosed to clients. The firm is pushing their own products and making a second fee on it. Are they truly doing what is in the firm’s best interest?”

As a result of the DOL’s fiduciary mandate, a survey of 300 financial advisers conducted by Natixis Global Asset Management in September showed that 27 percent of advisers either intended to sell their business, merge with another firm, or leave the financial industry altogether.

More than one-third of those advisers surveyed (37 percent) said that they would be willing to disengage with smaller clients because of the new rule. Another nine out of 10 (86 percent) said that the new regulatory and disclosure requirements would create enormous challenges to the growth of their business.

“The challenges facing financial advisers are tougher than ever, as they are asked to do more with less in an environment that seems to put low fees ahead of all other considerations, including risk management,” said John Hailer, CEO of Natixis Global Asset Management for the Americas and Asia, in a press release. “We applaud the efforts of financial advisers to understand their clients’ risk tolerance and financial goals and tailor their portfolios accordingly. Low cost does not always equate to good value, and what’s lost in the big picture is the importance of professional guidance and risk management, especially in today’s complex and volatile markets.”

86 percent of financial advisers said that the new regulatory and disclosure requirements would create enormous challenges to the growth of their business.

The industry is still in a state of determining what changes to make within their business model to best comply with the new regulation.

In early October, Merrill Lynch announced that it would no longer offer advised commission-based IRAs starting next year. Investment News reported that the brokerage firm’s new retail retirement accounts would exist only in a fee-based environment starting in April 2017.

The firm’s decision could represent a significant change in the brokerage industry.

A major part of the change in the fiduciary rule is that the DOL is trying to persuade 401k firms to be more transparent and therefore offer clients greater peace of mind.

“Eventually there will be more cost savings because it will make the 401k companies more competitive since they are disclosing all of their costs,” said Stephen Satterlee, branch manager of Live Oak Financial in Covington, a wealth management group that has been operating since 1996. Satterlee said that as a result some financial advising firms are backing away from offering 401k plans.

“We have taken steps to make sure we are interacting with clients in a fiduciary manner,” he added. “Our firm has been compliant for several years with the fiduciary standard. It helps the client feel that we are sitting on the same side of the table as them and that they are getting a more transparent picture when it comes to how we help them with their investment portfolio. We have for years offered a more DOL-compliant 401k option. We are giving a full disclosure of fees on the front end.”

The landscape is still unfolding, which means that larger firms such as Merrill Lynch, Morgan Stanley and Edward Jones, which have been more traction-based to keep up with production quotas, may revise their business models.

“It will take time and be more frustrating for those who aren’t acting as fiduciaries currently,” said Satterlee.