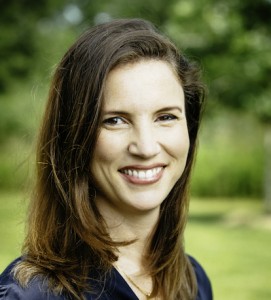 NEW ORLEANS – The reopening of Carousel Gardens and the return of special events are great news for New Orleans City Park – but new CEO Cara Lambright says support from the community will be essential to keeping the 1,300-acre urban playground looking good for years to come.

Lambright is the guest on this week’s Biz Talks podcast. Here are highlights from the conversation:

What was it like taking the helm of the park during the pandemic?

What an interesting time to come on to a 150-year-old organization. In many ways, the most important moments in the history of City Park have actually been defined by huge disasters. During the financial crisis of the 1930s, the WPA came in and created one of the most iconic, beautiful parks in the nation. And then came Katrina. But now we have another reset moment that happened because of the pandemic. They are all different kinds of crises, but they all allow a moment to be reflective. We’re so excited to have everything finally back open, because these are critical funding streams. The Carousel Gardens Amusement Park provides almost a million dollars a year for the 1,200 acres of the Park that don’t create any type of income.

How much have you missed the funds generated by weddings and events?

Our biggest revenue sources here are the Amusement Park, events and the City Putt miniature golf course. We have our own in-house catering company. We do our own in-house beverage sales. So to have it completely dry up over the past year was difficult because we want to make sure that we kept key staff that have been here for so long, because we knew the program had to reboot. It was a really tough go but once we moved into the latest phase, our phones really began ringing. We’re booked out. We’re not fully booked. But we have a very robust set of bookings over the next six months. And it is thrilling and a huge relief to see that come back.

City Park is really unique among major urban parks in the United States in that so much of its revenue is self-generated. But we actually saw a little bit of weakness because all of our income is actually dependent on points of paid engagement. We suddenly found ourselves with nothing. And we really had to begin to have a different discussion with the community and say, ‘This is a community funded park. We can’t do this without you.’ We need philanthropy. We need volunteers, and we really need to diversify what we depend on. So I think, in some ways, we got to see our weaknesses in a way that they might not ever have revealed themselves. And now we can plan accordingly.

What does it cost to keep City Park running every year?

While we certainly do some one-off projects that would affect our budget year over year, I’d say the answer is probably about $17 million. What’s interesting about City Park is it’s a 1,300-acre park in the very heart of the city. There are so few parks of our size in the middle of the city center. Many of those parks actually have areas that are fully forested, or they have tall grass or something because they simply can’t afford to maintain it. We call it the ‘back 40’ or ‘behind the green curtain’ or all kind of other parky terms, but it really means: ‘We just can’t afford maintain it.’ But at City Park, you can actually see the ground plane almost everywhere you look, because it’s actually a pretty manicured park. When you can see the ground plane going through trees, that’s because of mowers and string trimmers. And it also means collecting trash, because people are using those spaces. So instead of collecting trash in maybe 400 acres, which you might end up doing in a huge park like St. Louis’ Forest Park Forever, here we’ve actually made this entire green space available to everybody.

New Orleanians enjoy comparing City Park to Central Park … mostly because we can brag that City Park is bigger.

In the same way that Central Park is New York’s living room, so is City Park, but Central Park is surrounded by wealthy people and Central Park actually makes so much money that they have an agreement with the city that they will disperse some of the funds that they raise to other parks. You can see we’re really coming to it, though from a completely different level. We’re having to have a dialogue with the community that says your tax dollars don’t cover all the expenses associated with this park. Through the creativity of staff and our board of commissioners over the years, we’ve created a lot of diversification in income sources. But there’s a gap. And like Central Park, we really do want to play a dynamic role in the parks community here in New Orleans, the state of Louisiana and the Gulf Coast. But we’re not going to be able to do that by sharing any funds. But hopefully we’re able to do it by being a source for education about green space maintenance and stormwater management.

Why is stormwater management an important topic for you?

We have a water problem here in City Park, and our trees are in danger because of all the standing water. So we need to go in and do some of the ugly stuff that maybe isn’t that exciting to talk to the community or philanthropists about: just improving the general infrastructure in the park. There are drainage patterns that we can improve. The Park has a lagoon system, famously built by the WPA. 100 years later, it’s actually still functioning but it needs to be dredged and cleaned out. We’re working closely with the city to see if we can develop a plan so that City Park can be the green sponge that it is and better serve the community and hold more stormwater for the community.

What makes you optimistic about the future of City Park?

I come from Houston, and we had three 500-year flood events in a row. And sometimes following moments like that, there are these are catalytic events. In terms of creating this incredible type of curiosity and culture building, these responses seem to happen. And I think there’s going to be a reframing of New Orleans that happens from this; this is going to create a much more sustainable community that we really embrace.