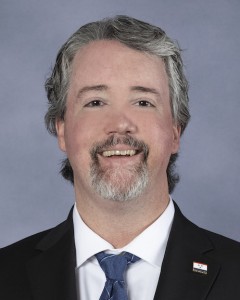 NEW ORLEANS – The Ehrhardt Group, one of the city’s most well-known public relations firms, announced that Beau Tidwell will join its ranks as senior counselor next month. Tidwell will provide strategic guidance to the firm’s leadership team and staff in the areas of client development, firm operations and public affairs.

“As TEG continues to expand our capabilities to serve clients throughout the Gulf South, we have been fortunate to attract the area’s top talent,” said company President Marc Ehrhardt in a press release. “With the addition of Beau, a PR pro since his days with the NOPD and the Mayor’s office, I am confident that we will continue to offer those that we serve the best counsel and strategies to develop stories that compel, inspire and educate our clients’ most important audiences, always seeking the best path for a client to achieve their goals.”

Tidwell joins TEG at a time of dynamic growth for the firm and is excited to offer his experience and guidance to clients in a variety of industries.

“I am deeply honored to join the team at The Ehrhardt Group. Since their founding, they have become the gold standard for what we do, and I am grateful for the opportunity to help expand and to build on that legacy,” said Tidwell.

Born and raised in Nashville, Tidwell began working  at The New York Times in late 2003 and spent the next nine years in the heart of the newsroom in various roles, eventually taking over Page One. He moved to New Orleans when he was recruited by The Times-Picayune/NOLA.com as part of their digital operations team to help manage the transition of their legendary newsroom into the post-print era.

In 2015, he made the jump to political communications and was soon brought on to run the public information office for the New Orleans Police Department under Chief Michael Harrison. Tidwell served as communications director for the police department during a particularly difficult era and led national and global messaging responses during the contentious Confederate monument removal process.

In 2018, Tidwell was tapped by Mayor LaToya Cantrell to be the director of communications for the City of New Orleans. In that capacity, he has overseen messaging and media responses to the Hard Rock Hotel crisis, cyber-attacks, multiple hurricane and storm events, and the global pandemic.

Tidwell has also served as chairman of the Orleans Parish Communications District board, the region’s 911/311 service since 2018. He lives in the Carrollton neighborhood with his wife, Braithe Tidwell, who was recently named by Wine Spectator as a Grand Award winner for her work curating Brennan’s Restaurant’s wine program.