Chris Costello’s love affair with caps began one Halloween a few years ago when he dressed up as one of the workers from the famous 1932 photograph “Lunch Atop a Skyscraper” by Charles Clyde Ebbets. “The iconic photo is on the cover of a book that a friend gave me as a gift,” Chris says. “I was searching for something different to wear and happened to glance at the book, and in an instant I had the perfect idea for my costume.” The photo features men wearing overalls, leather lace-up shoes and caps. The famous black-and-white image was taken during the construction of the RCA Building at 30 Rockefeller Center in Manhattan. It shows 11 men eating lunch seated on a 69th-floor girder with their feel dangling high above the New York City street.

Chris made a quick trip to the Red, White and Blue Thrift Store on the West Bank to find most of what he needed for his costume. “I especially liked the dark brown, fleece cap I found,” says the native of Redondo Beach, California, who came to New Orleans in 1996 to work on an advanced degree at Tulane University, and then taught chemistry at Loyola University until after Hurricane Katrina. The CFO at DEVENEY, a company that specializes in integrated marketing and public relations, Chris handles all financial aspects of the company’s operations, as well as oversees all of the agencies internal operations (human resources, technology, building, and office maintenance). 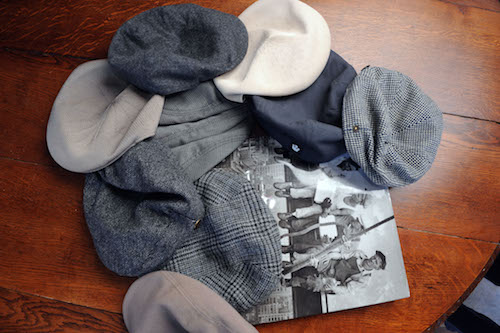 John Deveney, president of DEVENEY, says that Chris’s education in chemistry gives him a unique perspective of the world. “He sees it through the eyes of the molecules and there interactions. His training has given him the skills to mix the perfect drink or balance the tastes in a delicious meal, but it also allows him to apply this knowledge of process and how the world works to everyday problems both in and out of the business world.”

The 6-panel cap is a favorite of Chris. Punctuated with a button on the top, it is called a newsboy cap and became known as the “Gatsby Cap,” after Robert Redford wore it when he played Jay Gatsby in the 1974 movie “The Great Gatsby,” that was made from the 1925 novel by the same name by F. Scott Fitzgerald. Somehow Chris’s first encounter with the cap made such a positive impression that it became a favorite part of his casual wardrobe. 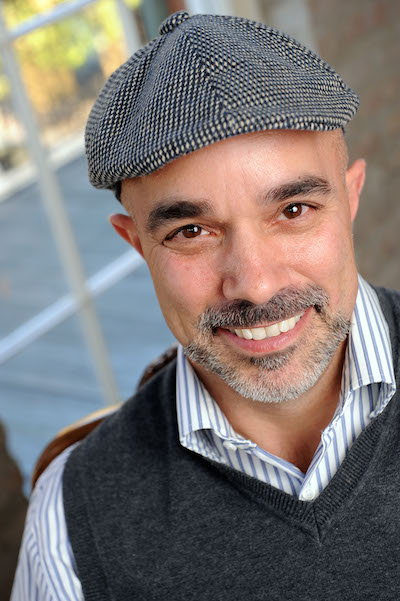 He also likes the flat cap which is button-less and has no panels. “My collection of both types of caps is a work in progress and over the years I have always been on the lookout for interesting additions to my collection,” he adds. “I have picked up many of my caps during my travels, and my collection includes versions for both warm and cold weather.

“My last chapeau purchased was on a wonderful family trip to Ireland. We traveled the lush, green island and found ourselves in a small town with a shop heralding items made from Irish wood. I felt like a kid in a candy store with the number and variety of caps. I emerged with a thick, flat cap of grey tweed. It is very Irish and good for the cold.”