It’s real, was created by a New Orleans dentist and does something other toothpastes can’t. 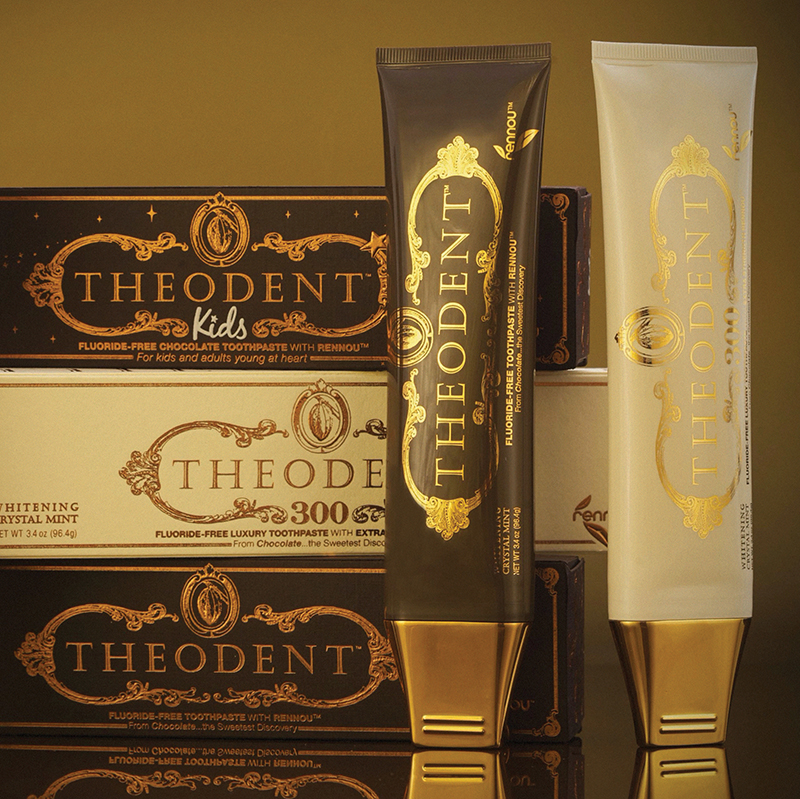 It may sound too good to be true, but this holiday season, chocolate toothpaste could be just the thing for savvy Santas to stuff in stockings. And, instead of being bad for your teeth, this smooth concoction actually rebuilds your tooth enamel, something that has never been accomplished before.

New Orleanian Dr. Arman Sadeghpour is the man behind Theodent, which harnesses the power of a relative of caffeine. While working in the research lab of LSU’s dental school overthe summer years ago, much of the research Sadeghpour conducted — along with Dr. Tetso Nakamoto, DDS, PhD — centered on the effects of caffeine, also known as the naturally occurring compound xanthine. Caffeine deteriorates tooth enamel by shrinking the size of the crystals that comprise it. Later, while working on his doctoral thesis at Tulane University, Sadeghpour discovered that theobromine, another member of the xanthine family, had the opposite effect: It could actually increase the crystal size of tooth enamel, effectively re-growing enamel.

Theobromine is derived from cacao, the same ingredient that produces cocoa and ultimately chocolate, adding credence to the theory that chocolate is good for you. High-quality dark chocolate contains 3% theobromine, enough to outweigh the decaying effects of sugar. It has bone tissue benefits as well.

As tooth decay is the one disease that affects every human, the implications of theobromine’s discovery are huge. For the last century, the only defense against tooth decay was fluoride, a problematic ingredient indeed. Fluoride is highly toxic and not meant to be ingested, which is why toothpaste often comes with a warning to keep out of children’s reach.

While fluoride has been proven to help maintain existing tooth enamel, it doesn’t restore it. Aside from caffeine, enamel erosion is also commonly caused by ingesting soft drinks, fruit juice and wine. Bleaching, an increasingly popular practice for tooth whitening, literally strips enamel from the tooth’s surface. Until now, it was believed that once your enamel was gone, it could never be restored, but Sadeghpour’s discovery of theobromine changed all that. Trials have shown it to be 71 percent more effective than fluoride.

With the spirit of an entrepreneur, Sadeghpour formulated a proprietary blend of theobromine, calcium and phosphate. Trademarked under the brand name Rennou, it is the active ingredient in his Theodent toothpaste, which he launched on Jan. 4, 2012. Photos taken during double blind studies illustrate Theodent’s effectiveness after brushing twice a day for just seven days. Aside from arresting the development of cavities, restoration of tooth enamel also reduces and eliminates sensitivity.

Sadeghpour likens what he calls Theodent’s “disruptive technology” to the invention of the electric car. Unique in the market, Theodent is now available in three varieties; clinical strength, Theodent 300 and Theodent Classic, which comes in a crystal mint flavor and chocolate-flavored Theodent Kid Toothpaste. “Any small child will naturally try to swallow toothpaste,” says Arman, “Theodent is perfectly safe for consumption.”

This new standard in oral care is on trend with the popular concept of food as medicine. It’s sure to appeal to today’s consumer who is increasingly interested in what goes into their food and consequently into their bodies. Theodent is currently available at both Harrod’s and Selfridge’s in London, White’s Mercantile on Magazine Street and on Amazon, where it sells for about $16 a tube.

Santa baby, I want this kind of chocolate in my stocking this year!