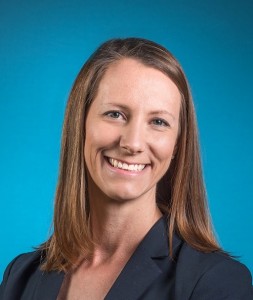 Casey has played an integral role in managing daily operations of the hospital through periods of extraordinary growth, and through unprecedented challenges such as the COVID-19 pandemic, hurricane recovery, and high census.

“Lindsey is an admired and trusted leader across the organization,” said John R. Nickens IV, president and chief executive officer at Children’s Hospital New Orleans. “She has a continuous focus on operational excellence, doing the right thing for kids, and supporting our team members in delivering expert care for our patients and families each and every day. I am incredibly proud of Lindsey, and her contributions to Children’s Hospital over the last 20 years.”

“With Lindsey’s work ethic, leadership and vast clinical experience, Children’s Hospital will continue to provide the highest quality care for patients and families across Louisiana and the Gulf South,” said Jonathan Brouk, senior vice president and chief operating officer at Children’s Hospital New Orleans. “She will serve as a continuous advocate for nursing in her role as Children’s Hospital’s CNO.”

Casey began her career at Children’s in 2001 as a nurse tech in the PICU. After graduating with her Bachelor of Science in nursing degree from LSU Health New Orleans, she worked as a bedside caregiver for ten years before rising to the role of PICU director. She served in this capacity for five years while simultaneously earning her Master of Science in nursing degree from Loyola University New Orleans. She then took on the role of senior director of critical care with oversight of the CICU, NICU, PICU, emergency department, ECMO program, respiratory therapy, and advanced practice providers.