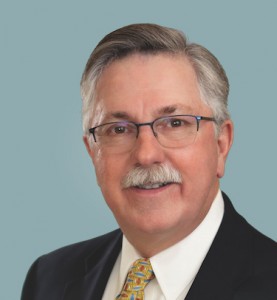 Charles joined BCM, a faith-based Christian foundation providing philanthropic services in the greater New Orleans area, at its inception in 1995 concurrent with the sale of Southern Baptist Hospital in New Orleans. He originally served as chief financial officer and transitioned through a variety of leadership roles until his most recent role as president and CEO.

Throughout his tenure, Charles led the organization through many firsts and celebrations, such as the overhaul of BCM’s grant programs to assure better alignment with emerging and longstanding community challenges and needs, planning and implementation of the Strategies to Trim and Reduce (STAR) program, and creation of the behavioral health initiative for pastors throughout the region. One of BCM’s most recent undertakings was awarding $1.6 million to local partners who support those affected by COVID-19.

“As we begin the celebration of our 25th anniversary as an organization and look ahead to the next 25 years, we’d be remiss not to look back at all that has been accomplished under the stewardship of Charles. His legacy will live on in our vision of improving the physical, mental and spiritual health to the individuals we serve,” said Thomas L. Callicutt, Jr., interim president and CEO.

BCM will work with a national search firm to identify and welcome their next president and CEO.

Since its founding in 1995, BCM’s mission has been to identify and support ideas and partner organizations that address critical community needs in the areas of health, education and public safety. Over the past 25 years, BCM has invested over $200 million into local nonprofits and other community partners within Orleans, Jefferson, St. Tammany, St. Bernard and Plaquemines Parishes.