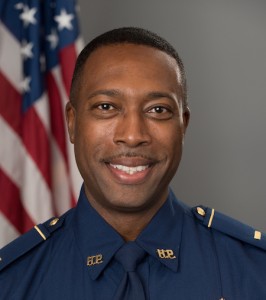 NEW ORLEANS – Cedric Turner has been named captain of the Harbor Police Department of the Port of New Orleans. In the role, he will be responsible for running the day-to-day operations of HPD’s patrol division, which provides safety and security on port property and waterways within the Port’s three-parish jurisdiction (Jefferson, Orleans and St. Bernard parishes).

Turner will lead the agency’s training, marine and bicycle operations. Additionally, he will serve as the commander of the special response team. This team consists of officers trained to deal with terrorism, active attacks and civil unrest.

“Cedric Turner represents the best of law enforcement, and we know he will continue to serve Harbor Police with pride as Captain of this force uniquely specialized in maritime and homeland security,” said Port NOLA President and CEO Brandy D. Christian.