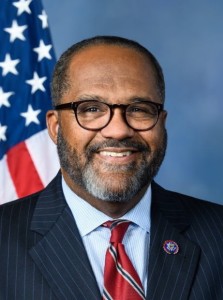 “The rich culture of New Orleans is deeply rooted in the places, people, and history of our community, and it must be valued, uplifted and protected for generations to come,” said Carter in a press release. “The New Orleans Jazz National Historical Park Study Act of 2022 would bring together the community, government, and stakeholders to collectively study and determine a path forward for this park that protects the integrity of this true treasure of the Crescent City.

“The Treme is a historically Black and culturally significant neighborhood in the city. We must have the impacted community members not just at the table, but meaningfully involved in these conversations on the future of Louis Armstrong Park to help best preserve the culture and history of this cultural landmark and the city we love.”

The study will analyze the assemblage of historic and cultural resources and their best use of management through partnerships among public and private entities that reflects traditions, customs, beliefs, and folklife that are a valuable part of the story of the United States and Louisiana.

It will develop a conceptual plan that outlines the roles of all participants and stakeholders in the park, including the Department of the Interior’s National Park Service.

This study for the future of the park will be done in consultation with the Secretary of Interior, state historic preservation officers, state historical societies and state tourism offices along with local residents, community advocates, organizers, business interests, nonprofit organizations, and state and local governments that are involved in the planning of the park.

The full text of the bill as introduced is here.