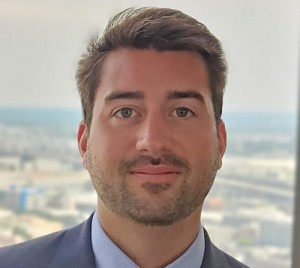 NEW ORLEANS – Carter Figueroa recently joined Baldwin Haspel Burke & Mayer as a transactional attorney where his practice consists primarily of general business matters and mergers & acquisitions. Prior to joining the firm, he was a BHBM summer law clerk in 2019.

Carter attended the Red McCombs School of Business at the University of Texas where he studied international business. Upon graduating from UT, Carter returned home to New Orleans to attend Tulane University Law School.

In law school, Carter was a competitor turned coach of the International Commercial Arbitration team, which focuses primarily on international contract disputes and the United Nations Convention on Contracts for the International Sale of Goods. He has a particular interest in international law having traveled and done business in multiple countries through his family’s foods company. Through those experiences, he has a broad understanding of the problems that businesses face entering a foreign market, as well as the issues foreign companies have entering the United States.

Outside of the office, Carter enjoys spending time with his bouvier Wally and watching Saints football. He speaks Spanish, French and Portuguese.