NEW ORLEANS – Spend a few minutes talking to Troy Duhon – the founder of Premier Automotive – and you’ll quit fretting about the health of the auto industry and start daydreaming about what color leather you want in that new car you’re gonna buy.

Yes, the industry has been hit hard by the COVID-19 pandemic. Some industry observers, like the Boston Consulting Group, estimate that sales of new cars will drop 20% or more. Factory closures in Asia have disrupted the supply chain for carmakers. Decreased demand and social distancing efforts have slowed or stopped production. Factory workers have been furloughed. Research and development slowed. Dealers in many states (but not Louisiana) are unable to open their showrooms.

But there’s going to be one heck of a silver lining, according to Duhon, who said this disruption is going to lead to a car buyer’s market of historic proportions.

Duhon said there are three factors that are going to light a fire under the industry in the second half of 2020. These are: 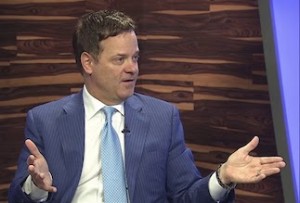 “A perfect storm is about to occur,” said Duhon. “I paid $1.29 for gas today. Interest rates are the lowest they’ve been since the return of soldiers from World World II. When manufacturers have the ability to access capital at zero percent to sell cars, they’re going to give it away at zero percent. Meanwhile, the average age of cars currently on the road is 12 years old. That hasn’t happened in generations either.

In a few weeks, the deals may get even better. Duhon said manufacturers may combine offers of zero percent for 84 months with rebates, which would be an all-time first.

Typically Americans buy more than 17 million news cars and 40 million used cars each year. Those numbers will certainly change this year. Many expect the new car sales number to drop and the used car number to rise.

One additional factor that may prevent sales from dropping too precipitously, however, is the number of people who will be refinancing their mortgages this year.

“Interest rates are at an all-time low, so everybody’s refinancing their homes which raises their discretionary income,” said Duhon. “When that happens, you’re going to see a lot of people take the savings and go buy a car cause they’re going to be like, ‘Sweetheart, we just cut our mortgage by $500. Your car is 12 years old. It’s time for a new car.’

Duhon owns 20 dealerships across five states: Louisiana, California, Texas, Missouri and Kansas. He estimates he had to lay off about 25 percent off his workforce, which numbered more than 1200 before the pandemic. To cut costs, he said he also had to cancel advertising and vendor contracts and renegotiate payables.

“I’ve got salespeople getting paid nearly four thousand a month in California to stay home,” he said. “I’m trying to bring people back to take advantage of of the PPP program and they’re like, ‘Boss, guess what, we love you but I’m making $3800 to stay home and I’m surfing and fishing and playing with my kids.’ And they’re right; they’re never going to get this chance again in their lifetime. I’m not the one who’s gonna force someone to come back to work if he’s able to stay home and be with his kids.”

Looking forward, Duhon said the car business is going to look different in the ‘new normal.’ In particular, it’s going to be a lot cleaner.

Ultimately, said Duhon, the businesses that will thrive are the ones with the right focus.

“I’ve been through Katrina and there’s always a light at the end of the tunnel,” he said. “The question is are you flexible enough to make the changes that these events cause you to change. When Katrina hit, my father told me, ‘Son, that brick and mortar comes and goes, the franchises come and go too. Take care of your employees cause they are the ones who will determine whether you make it. It’s not the cars we sell, it’s the people who help us sell them.”