Cantrell Announces New Director for the Office of Communications 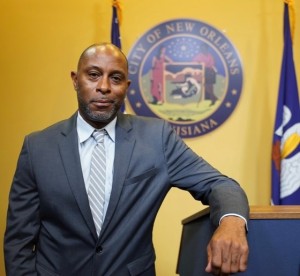 NEW ORLEANS – From the City of New Orleans:

Mayor LaToya Cantrell today announced Gregory Joseph as the new director of the Mayor’s office of communications. Joseph will serve as the lead public information officer for the City of New Orleans.

“I’m elated to have Gregory join my team as communications director. He will be a vital part of my senior leadership, ensuring the communication of the city’s priorities and the vision of how we can move forward in the best interest of our residents,” said Cantrell. “My administration is confident that he will deliver a unified message representing all departments and will lead an effective, strategic communications plan to provide enhanced outreach to residents, visitors and the general public.”

Joseph has more than 25 years of cross-functional communications experience, with a diverse portfolio of strategic planning, public relations, policy writing, crisis communications management and community engagement. He is known as a valued consultant and trusted advisor to urban community leaders around the country and has a strong background in multiple disciplines, including political campaigns, public affairs, media, nonprofit and foundations, crisis response and political party organizations.

Joseph will oversee the development and implementation of communication strategies that align with Cantrell’s priorities and city initiatives. He will ensure crucial community engagement and transparency in communicating city programs, and in responding to local, national and international media. Additionally, he will collaborate with city partners and public safety agencies to ensure effective messaging is provided to residents and visitors of the City of New Orleans.

Prior to this appointment, Joseph served as the communications director for American Promise, developing a strategic communications plan that maximized public awareness and community engagement around the issue of money in politics. He previously has served as communications director for the National Coalition to Abolish the Death Penalty and as a director in the New York office of Spitfire Strategies, where he focused on the issues of police reform, net neutrality and paid leave. In addition, Joseph consulted for several labor unions, political campaigns and he got his start as a Capitol Hill aide to U.S. Sen. Carol Moseley-Braun.

In the aftermath of Hurricane Laura, Joseph individually raised over $11,000 for the New Orleans Musicians Clinic’s Meals for Musicians Program for artists, musicians and culture bearers impacted by the storm. In addition, following the impact of Hurricane Ida, Joseph partnered with Howlin’ Wolf and other area businesses to develop a meal distribution operation that provided more than 50,000 free meals to the community.

Coalition Says Risk Rating 2.0 'Has Got to Change'