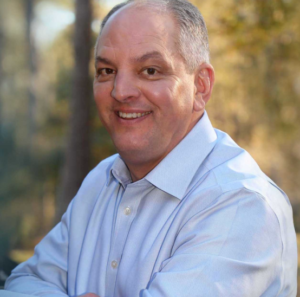 BATON ROUGE, La. – All three major Louisiana gubernatorial campaigns will discuss the strategies they employed during the 2019 election for governor during a post-election event Wednesday, Nov. 20 hosted by the Reilly Center for Media & Public Affairs at LSU’s Manship School of Mass Communication in partnership with Louisiana Public Broadcasting. LSU shared details in a press release.

“Reflections on Election 2019,” will evaluate both the gubernatorial and legislative elections. Two panel discussions are scheduled. “Behind the Scenes: The 2019 Gubernatorial Campaign,” will bring together political strategists from each campaign to discuss the planning and decisions meant to help their candidate win and will also evaluate what the election’s outcome might mean moving into the 2020 presidential election. The second panel, “The Future of the Louisiana Legislature,” will include state politicos and a former Louisiana legislator who will examine the implications of the substantial turnover in the Louisiana State Legislature, and what it will mean for the future of the state.

Behind the Scenes: The 2019 Gubernatorial Campaign

The Future of the Louisiana Legislature

The event is scheduled for Nov. 20 from 9 a.m. – 10:30 a.m. in the Holliday Forum of the Manship School’s Journalism Building at 144 Field House Drive on the campus of Louisiana State University. Admission is free and open to the public, but space is limited. Reserve your seat here by COB Monday, Nov. 18. Louisiana Public Broadcasting will broadcast the event statewide on LPB and WLAE (in New Orleans) Wednesday, Dec. 18 at 7 p.m. on its monthly seriesLouisiana Public Square. The event can also be livestreamed on lpb.org and the Manship School’s YouTube channel.