Saint Hugh’s outdoor sports apparel provides a trendy take on a booming niche market — women hunters and outdoors enthusiasts. While each piece is specifically engineered for the needs of female hunters, the materials and designs are classic and comfortable enough to make the transition from the marsh to the Marigny, and beyond.

Launched in 2016 by New Orleans native Emily Degan, the company’s premise is that one should look good as well as feel good, especially when engaging in your favorite pastime. Saint Hugh’s sales back up that point, with customers from across the Gulf South and $10,000 in sales in the company’s first six months. Saint Hugh was a finalist at this year’s New Orleans Entrepreneur Week’s Big Idea, as well as New Orleans Fashion Week and multiple Coastal Fashion Week exhibitions.

For Degan, hunting is a family tradition that quickly became her own personal favorite pastime and business inspiration. “I was born and raised in New Orleans, and grew up hunting with my dad in Delacroix,” she said. “It was always a struggle to find hunting and camouflage that looked good and made me feel good.”

Soon a fashion-inspired idea was born.

“The big trend in hunting is to take the best-selling men’s camouflage, make it pink, and size it down. I’ve always had the idea to start my own company to provide women with hunting fashion,” she said.

While Degan started envisioning her dream at a young age, she began to build upon her ideas while studying at Notre Dame. She graduated with a degree in accounting, is a licensed CPA and worked for two years in mergers and acquisitions at Deloitte in Chicago.

Her move back to New Orleans was with one focus in mind: launching Saint Hugh. Degan is currently both the brain and brawn of the 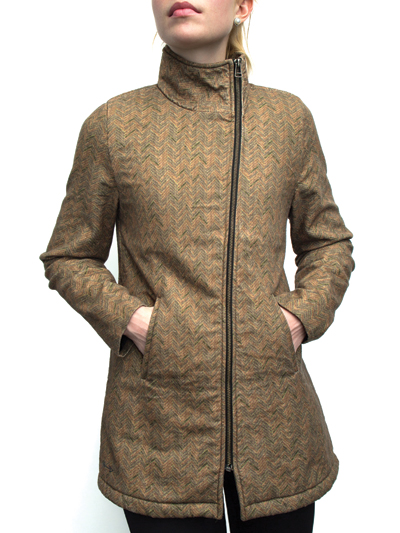 one-woman enterprise, but she has eyes on building her employee base right here at home.

“[We have] just one New Orleans employee — me. We’re in the process of building an ambassador program to reach students at college campuses across the South,” Degan said. “Our first line was cut and sewn in Los Angeles, but we were thrilled to work with a local design and development house in the creation of a few upcoming products.”

Saint Hugh’s line of women’s clothing features a shooting jacket and vest — both sport a camouflage pattern that is more reminiscent of classic herringbone than Army regulation — along with moisture-wicking leggings, pullovers, tees and more. Hers is a functional and fashionable take on outdoor sportswear.

“Most camo is not fashion-forward,” Degan noted. “I wanted something more stylish. Our marsh herringbone design was created so that women could wear it while hunting, or also wear it as street wear. I wanted it to have multiple uses, and I wanted it to appeal to non-hunters as well. Our most popular item is the Shooter’s Vest, I think because it is so versatile, and you can wear it longer through the season [as it warms up]. It’s definitely my favorite.”

A full year in development, Saint Hugh’s unique camouflage pattern mimics the colors of the Louisiana swamp, a process Degan took charge of.

“I took thousands of photos of the marsh throughout the 2015 to 2016 hunting season. Those were the inspiration behind the pattern. I wanted it to be something that would work as camouflage, but also be attractive as apparel as well.”

Through a process of photo layering, editing and hand drawing, the resultant cotton duck fabric is both soft and form-fitting.

Women hunters on the rise

According to Louisiana Wildlife and Fisheries Education Program Manager Eric Shanks, the number of hunting licenses sold to women hunters has taken a sharp increase in the past five years, from roughly 18,650 in 2011 to 24,400 in 2016.

According to Shanks, the reason for the growth is multifaceted. 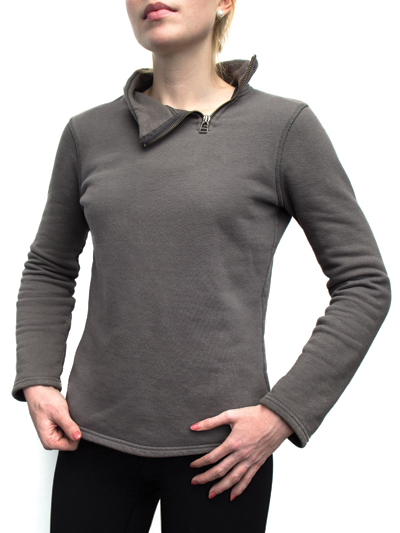 “It may be a combination of multiple factors,” he said, “including, but not limited to: increased firearm ownership/use among women nationwide, more people (including women) seeing hunting as a good way to obtain healthy and local food, families seeking outdoor activities they can enjoy together, increased social acceptance and desire for fathers to take their daughters hunting, increased marketing by the outdoor industry to women, and more outdoor/hunting TV shows featuring women as the host or co-host.”

While style is important to the marketing and success of Saint Hugh and in reaching a new population of women hunters, Degan also wanted to design pieces that would address and meet the special physical needs of women.

“Female hunters need more specific product features,” she said. “Women’s collarbones tend to be more prominent, and we tend to bruise more easily. Because of that, we incorporated the right technology in the padding of our shooting jacket and vest.” 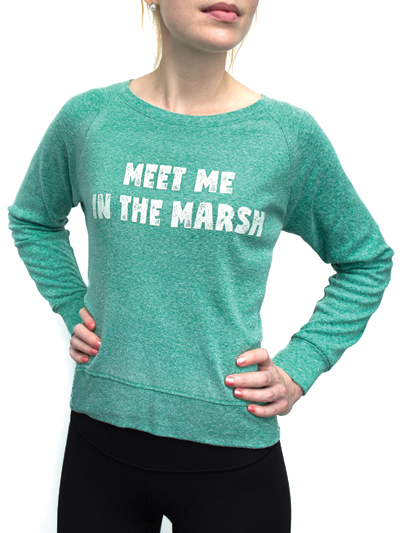 The Shooter’s Jacket and Shooter’s Vest both feature compressive 3-D spacer fabric, which provides protection without being bulky. The knit fabrics used in the company’s Trapper’s Tights are also designed with our local climate specifically in mind, engineered to be cool and breathable in humid conditions.

Future designs reflect the additional needs and wishes Degan heard from hunters on a recent tour of the Southeast.

“I traveled extensively throughout the Southeast and talked to a lot of women,” she said. “Two of the most asked-about things were waterproof material and bird bags [used to collect duck and birds when hunting], so we are in the process of developing a waterproof jacket with a detachable bird bag.”

While hunting is still traditionally a male-dominated sport, Degan said it can also be an empowering pastime that women are now starting to discover. Saint Hugh’s designs and company philosophy provide a reflection of those ideals of confidence.

“I thought that if a non-hunter liked my apparel, then it would take away some of the stigma that hunting is just for men,” she said. “There was definitely some empowerment thought behind it.”

Hunting can provide plenty of alone time with nature, but it is a solitary sport and the practice can become isolating, according to Degan, who incorporated social media outreach in her company’s approach, through both her online blog and community connection corkboard for other female hunters to share ideas, experiences, resources and more.

“I post about once a week on the blog during hunting season,” she said. “I have a ‘find and connect’ area of the website so that women can communicate with other women that have some of their same hunting interests. Hunting can be a very solitary activity. I love being in nature by myself, but it can make it hard to find others that have the same interests as me.

Saint Hugh apparel is currently available for purchase through its website, with a rapidly growing group of pop-up markets and followers.
“We have done a series of pop-up shops, both locally and across the country. Anyone interested in stopping by should like us on Facebook and sign up for emails to get notified when we pop by them.”

The Louisiana Department of Wildlife and Fisheries encourages the growth of outdoor activities and sports for all, and provides programs specific for women looking to learn more.

BOW (Becoming an Outdoors Woman)
BOW is a women-only weekend retreat with classes, mostly tailored to beginners, that provides lessons on a variety of outdoor topics. For those interested in hunting, participants can practice turkey hunting, firearm skill training, fly-fishing and more. Non-hunters may choose from activities such as canoeing, outdoor photography, ecology and backpacking. The weekends are open to all women, ages 18 years and older, interested in learning more or experiencing nature. There is a fee of $200 for the weekend, and scholarships are offered. wlf.louisiana.gov/becoming-outdoors-woman