Cailloux Center: Justice, Liberation and Community Through the Arts

It’s no secret that New Orleans, despite its international reputation as a cultural city, does not take good care of its cultural creators. Awareness of the problem seems to be growing, and more efforts being made to address it; but few of these efforts really seem to meet our creators where they are, to provide the incubation and nourishment they truly need to be successful in every way.

The entire problem is exponentially more acute for creators of color.

Stepping in to help fill this void is the Andre Cailloux Center for Performing Arts and Cultural Justice. Located in the former St. Rose of Lima Church on Bayou Road, in a vibrant strip of Black entrepreneurism, its purpose is “to provide a place where Black performing artists can have a home,” in the words of Lauren Turner, the Center’s Executive Director.

“In a city that is so much shaped by Black performing arts and artists, there is no physical space dedicated to them,” Turner continued. “That is not sustainable.”

The Cailloux Center is part of the Rose Collaborative, a small complex anchored by the former church that also includes the Waldorf School and office and co-working space. The church now houses a main stage that can seat 125 people, a second performance area and the Sanctuary Bar.

Perhaps the core component of the Center is its residency program, which will host six performing arts organizations when fully realized. Three will be legacy companies, described by Turner as organizations that have been in existence for at least ten years. The first set of these will be Opera Creole, Voices in the Dark Repertory Theater, and the Seasons Center Dance Company. 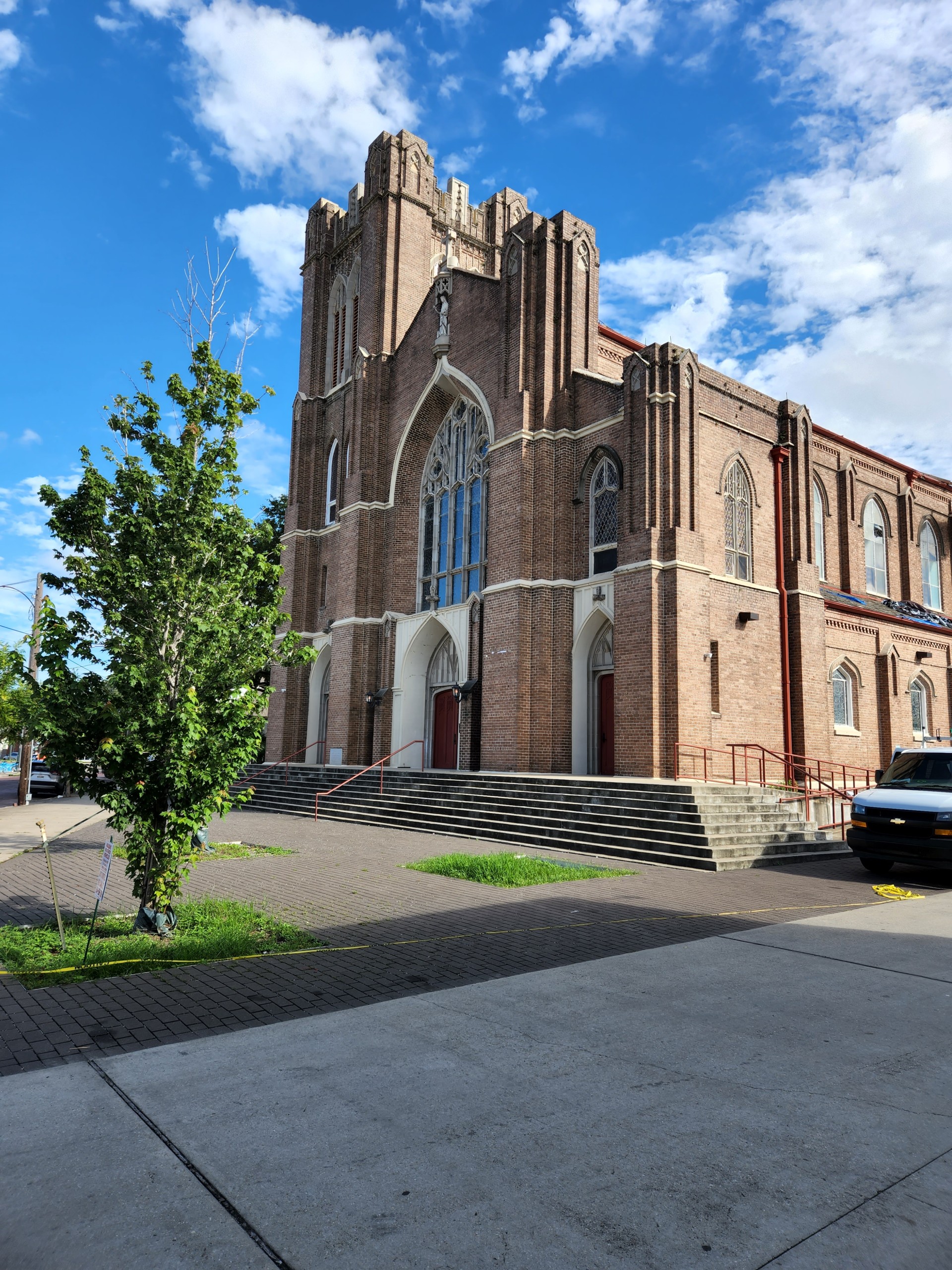 The other three have yet to be determined, but they will be emerging, Black-led performing companies. All six troupes will benefit from the benefits laid out by Turner, starting with a very affordable monthly residence fee that will enable the groups to hold classes, rehearsals and performances. Marketing and the handling of ticket sales will be centralized and shared.

“They will also have the opportunity to share their audiences,” noted Turner, a great way to introduce the public to new performers.

In addition, each of the resident groups will receive support tailored to their individual needs, such as grantwriting or help with suppliers.

The Center’s second main area of focus is to be a community resource, and particularly a home to community conversations. There will be organized public dialogues, speakers, and other community-led events.

The Center’s namesake, Andre Cailloux, actually had nothing to do with the performing arts. Born a slave in Louisiana in 1825, Cailloux became one of the first Black officers in the Union army following the capture of New Orleans. Unfortunately, he was also one of the first Black military casualties of the war, dying while leading his company in the assault on Fort Hudson in 1863.

Despite multiple accounts of his heroism, Cailloux’s widow and family were not provided with the compensation that his rank and service entitled them to. This leads us to the Cultural Justice aspect of the Cailloux Center.

“Cultural justice goes beyond race, goes beyond most identifiers and speaks to the ephemera that create a place and people,” explained Turner. “Where does the narrative live, how is it respected and honored? Who are the people protecting that narrative?”

“Are we as a society giving it what it needs to thrive and expand?” added Dr. David Robinson-Morris, who is helping shape the Center’s policies and community engagement work. “Imagination is the first thing to go in oppressive systems. We are trying to create a just flow for liberation and healing through the arts.” 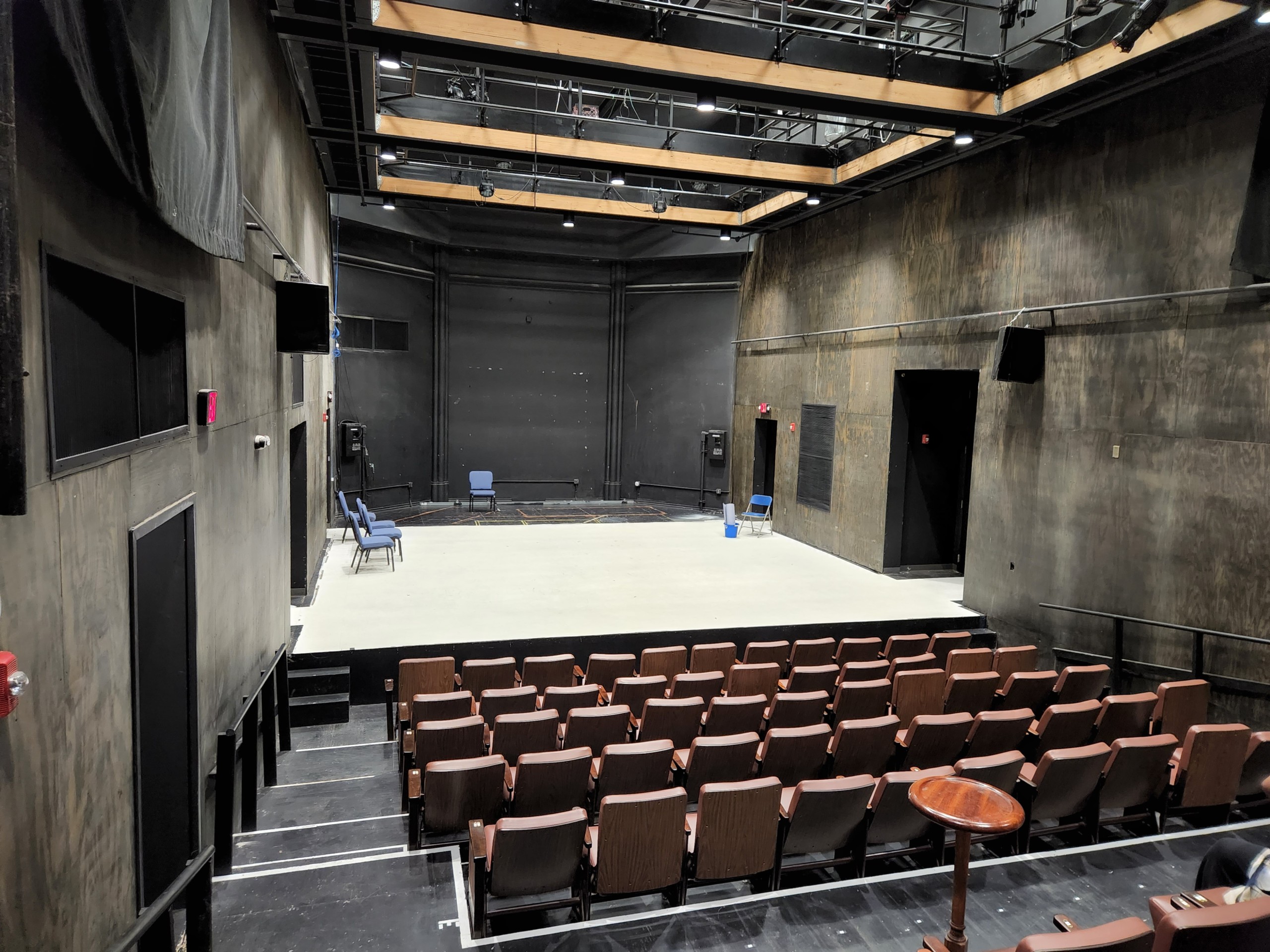 The Cailloux Center is still ramping up to full speed and force, settling now on its resident organizations and planning for a full grand opening in January. This will be followed by a multi-month festival from March through Juneteenth; highlights will be the staging of three new plays by Black southern playwrights. The New Orleans Black Film Festival will also be a part of this, and related public dialogues will bring community more fully into the festival. “Inheritance” will be the overall them for the Center’s first year.

Still, nothing is more important at the Center than nurturing the cultural creators it will house. “This is a place where we hope these companies grow and get strong,” stated Turner. “Ultimately, we want to develop a thriving ecosystem of Black-led arts organizations in the city.”

The Center’s location in a vital and historical corridor of Black enterprise is critical. “We see this becoming the Black cultural arts district in the city,” added Robinson-Morris. “We want to have a city that is thriving and full of commerce, and to see the arts become a tool for freedom and justice.”

A native New Englander, Keith Twitchell moved to New Orleans in 1979. From 2004 through 2020 he served as president of the Committee for a Better New Orleans, where he was responsible for project management, organizational leadership and fundraising/finances, and led key CBNO programs such as the Community Participation Program, the Bryan Bell Metropolitan Leadership Forum, and the Greater New Orleans Water Collaborative. In January 2021 he returned to his own enterprises, including writing, nonprofit management consulting, and design and facilitation of community engagement processes. Twitchell is a former Captain of Krewe du Vieux, a state-ranked tennis player and an award-winning writer, and has served on a variety of organization boards.  He received a YLC Role Model award in 2014 and the Urban Conservancy’s Urban Hero award in 2016.

In addition to his weekly blog on BizNewOrleans.com, Twitchell writes the monthly Entrepreneurship Column in Biz New Orleans Magazine along with various business features.

Cailloux Center: Justice, Liberation and Community Through the Arts

Crescent Towing is Pulling (and Pushing) Much More Than Their Weight