Business people of the Year

All year long Biz New Orleans highlights business people who are out there succeeding and making a difference in our region. Here are a few of our favorites from 2016.

Restaurateur of the Year

Taking risks has paid off for chef Michael Gulotta. After devoting six years working his way up the ladder with the Besh Group, Gulotta left his position as executive chef of Restaurant August in 2014 to open MoPho in Mid-City near City Park. It was a daring move at the time, when the neighborhood had yet to become the dining destination it is today.

MoPho has since cemented its place in the local dining scene with its creative fusion of Vietnamese and New Orleans cuisine. Gulotta is not to be pigeon-holed, however. In 2016 he opened not one, but two restaurants — joining the team at Tréo this year to open TANA, which celebrates New Orleans’ Italian and Creole heritage, and opening MayPop this year. Named after a variety of passionflowers, the Southeast Asian mixed with Southern dining establishment is located inside the South Market District’s Paramount building.

Not only has Gulotta achieved local success, he has also built a reputation nationally. Food and Wine Magazine proclaimed him the “Best New Chef” last April and Bon Appetit nominated MoPho for “Best New Restaurant” in 2014. In December 2016, he was also named “Chef of the Year” by New Orleans Magazine. 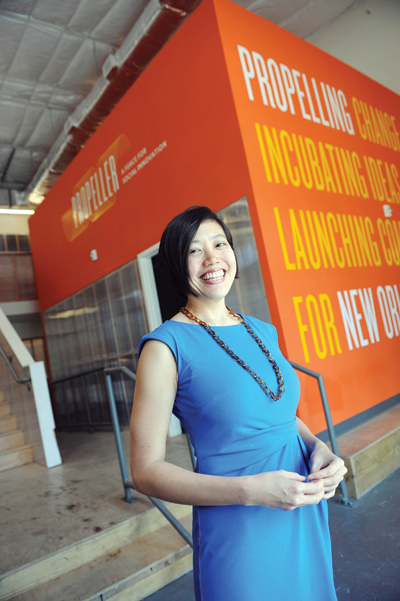 Andrea Chen witnessed firsthand the commitment and care that long-term residents and volunteers put forth to rebuild New Orleans after Hurricane Katrina. Now, in her role as executive director of Propeller: A Force for Social Innovation, she works daily with entrepreneurs to shape the city’s future.

Founded in 2009, Propeller is an incubator for socially conscious startups and nonprofits that target systemic problems in New Orleans. The four areas of focus are water, health, education and healthy food access.

Propeller had generated more than $20 million in revenue and helped establish 60 ventures including community farms, a food hub, a wetlands kayaking tour company and a maternal healthcare collective.

Earlier this month, Propeller was awarded a Kauffman Foundation grant of $420,000 over two years to support women and minority entrepreneurs. Propeller was one of 12 recipients selected from 376 applicants across the country. In a letter announcing the grant award, Chen said that Propeller will use the money to start a neighborhood-based consulting program for businesses along the Washington and Broad commercial program.

“We envision New Orleans as a city not only known for its entrepreneurship and its comeback in the wake of disaster, but also for social justice to right our country’s greatest wrongs, and for economic empowerment that creates equitable and inclusive growth,” she said. 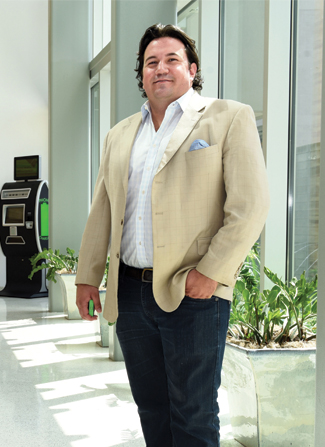 Tech Leader of the Year

Two years ago, tech innovator Sean Carrigan, along with business partner and engineer Jason Palmer, developed a solution to a common problem experienced in our smartphone reliant world with the creation of MobileQubes, a cordless, small battery pack that allows consumers to charge any device with a USB port — including tablets and iPads — while on the go. The battery packs are dispensed from automated, self-service kiosks. Users can rent them for $4.99 a day and 99 cents for every additional day.

As of July of 2016 there were 110 kiosks nationwide, with hopes to expand to 500 locations.  The startup has secured more than $1 million in investments and signed deals with big-name partners such as Caesar’s Entertainment and Amtrak.

In March 2016, MobileQubes was awarded a $100,000 prize from the Coulter Idea Pitch competition that took place during New Orleans Entrepreneur Week. 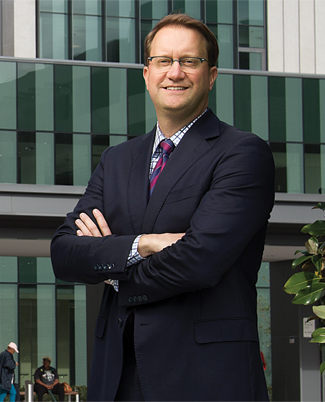 As chief executive officer of LCMC Health, Greg Feirn heads one of the largest healthcare systems in the state, boasting over $1.3 billion in revenue and more than 8,200 employees and 2,100 physicians.

Originally from Wisconsin, Feirn joined the Children’s Hospital family in 1998 as the organization’s comptroller. When LCMC Health was established in 2009, he was chosen as chief financial officer before being promoted to president, then chief operating officer and ultimately to CEO in May 2014 at the age of 45.

Feirn served as the lead negotiator for the public-private partnership with the state of Louisiana that created UMC. The facility contains the region’s only level 1 trauma center and trains more than 2,400 medical, dental, nursing and allied health students annually.

In December 2016, Becker’s Hospital Review, a national healthcare publication recognized Feirn as one of the top 135 Nonprofit Hospital and Health System CEOs to know in 2016. 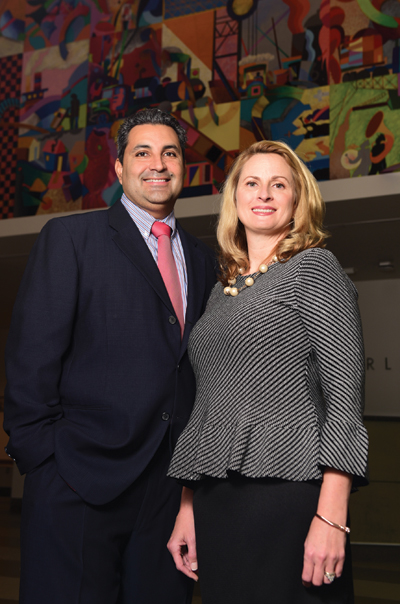 Business Couple of the Year

Powerhouse couple Brandy and Frank Christian are spearheading huge projects in two different areas of the business world in New Orleans. The dynamic duo arrived in the city from San Diego when Brandy accepted the position of chief operating officer with the Port of New Orleans – the first woman in the organization’s history to claim that title. She spent 15 years at the Port of San Diego, last serving as vice president of strategy and business development.

“My goal as the CEO of the Port of New Orleans is basically going to be to build upon the success and growth we’re already seeing,” Brandy said in an interview for New Orleans Magazine last July. “I also want to continue to build an organization where every employee is excited to come to work each morning.”

Meanwhile, her husband Frank has taken on the task of re-envisioning the future of NOLA Motorsports Park in Avondale after spending two decades working special events planning in San Diego.

When the park opened in 2012, it was with the hope of hosting regular IndyCar series races — a vision that never fully materialized. Since he was named CEO of the park in January 2016, NOLA Motorsports has switched gears, now focused on renting its facilities to groups for recreational outings and corporate team-building trips. The park is about 20 minutes outside of New Orleans and sits on 350 acres of developed land.