A history of dedicated aircraft and missions 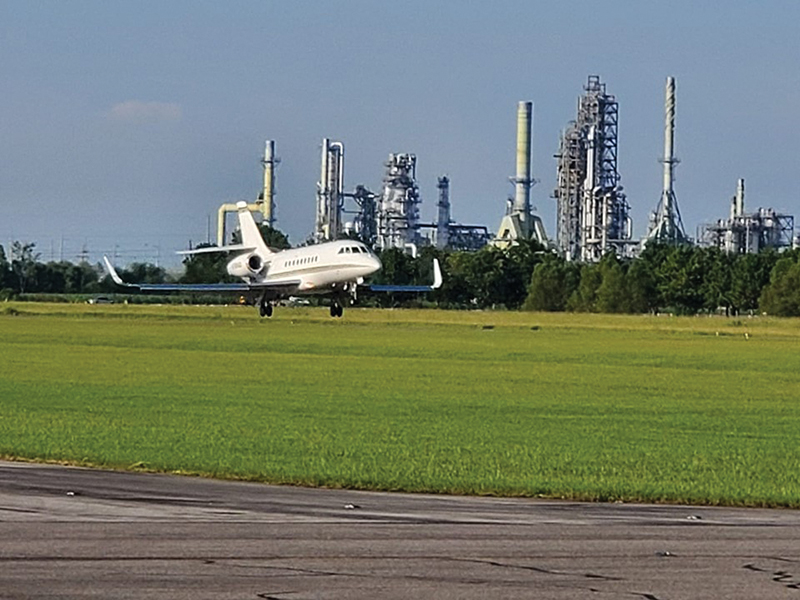 The state of Louisiana occupies a unique place on the globe. It is the host of the mouth of the Mississippi River and the final destination of all of its tributaries throughout the nation before their waters enter the Gulf of Mexico. Its geographic location, landscape and waterways have challenged its inhabitants for centuries, including Native Americans, and the earliest European settlers. Providing transportation for people to access the region’s abundant natural resources and engage in trade — whether locally, with populations upriver or with other continents around the world — has been a demanding mission.

Since the earliest days of practical business flying that began in the late 1920s and early 1930s, aviation has become a dependable method of conquering this state’s transportation challenges. Louisiana’s association with aviation began in two distinct parts of the state. One was along its southern bayous where petroleum and lumber executives, to name only two industries, needed access to some of the most remote areas in the region where roads did not and could not exist at the time. The earliest models of open cockpit seaplanes (at that time in history they were referred to as “flying boats”) gave adventurous entrepreneurs a means to reach their workplaces and return to homes or offices within hours.

A second area of early aviation activity in Louisiana was the North and central regions of the state. Here, the first aerial crop-dusting operations were refined over fields of cotton and soybeans. These same crops, once harvested, came down the Mississippi River through a corridor that today is the Port of South Louisiana, and in our contemporary times continue to be exported on ocean-going vessels to awaiting customers. Throughout this history, aviation in Louisiana has truly been a unique relationship of humanity, technology and nature’s abundance.

One of the lesser known facts is that business aviation makes up one of the largest transportation infrastructures in the state of Louisiana. There are 69 public use airports and (over 200 private airstrips) serving Louisiana residents, local businesses, their customers and contractors. The variety of aircraft serving this area and its people ranges from the largest cargo transport aircraft to the smallest single-seat recreational planes.

In addition, helicopter (or rotary wing aircraft, as they are known in the aviation industry), have been operating in Louisiana since their formal incorporation into business aviation in the 1950s. Helicopters vary in design as much as their counterpart “fixed wing” aircraft, with a range of models made for many specific purposes. Some helicopters are in fact capable of carrying over 25 passengers. These aircraft are regularly seen transporting personnel to the vast fields of oil rigs off the coast of the state. Another common use of helicopters is for medical evacuation, or “Medevac” flights. And in Louisiana, it’s not only for responding to vehicle accidents on highways. These helicopters operate into remote areas far removed from the state’s airport facilities, flying to regional hospitals and saving lives.

The Port of South Louisiana operates its own aviation facility, named Executive Regional Airport. Arising from what was once a small Parish general aviation facility designed to accommodate recreational flying, Executive Regional now supports most business aircraft flying into the area from all corners of the United States. This convenience saves busy executives and their staff countless hours of travel time from airports outside of the Port’s District, and like those early pioneers of business aviation, they can return home again on the same day as they departed.

Aviation has transformed the world. It has also transformed Louisiana. Areas once impossible to reach in a single day are now within reach of a short flight. In a state like Louisiana, especially the southern region, where traveling in or in proximity to swampland, lakes and rivers is the norm, it is not surprising that aviation has played a major role in its economic development.

Passenger and pilot alike in the aviation industries — be it commercial, business or private recreational users — understand that each of Louisiana’s 69 public use airports was designed and constructed to serve a specific purpose within their own individual communities. The end result from each, regardless of the size of their operation, is an economic engine that generates considerable revenue and creates numerous jobs.

There is a saying among airport personnel who care for these important facilities: “A mile of highway will take you a mile, but a mile of runway will take you anywhere.” Louisiana business and Louisiana airports have, and always will be, a perfect partnership.