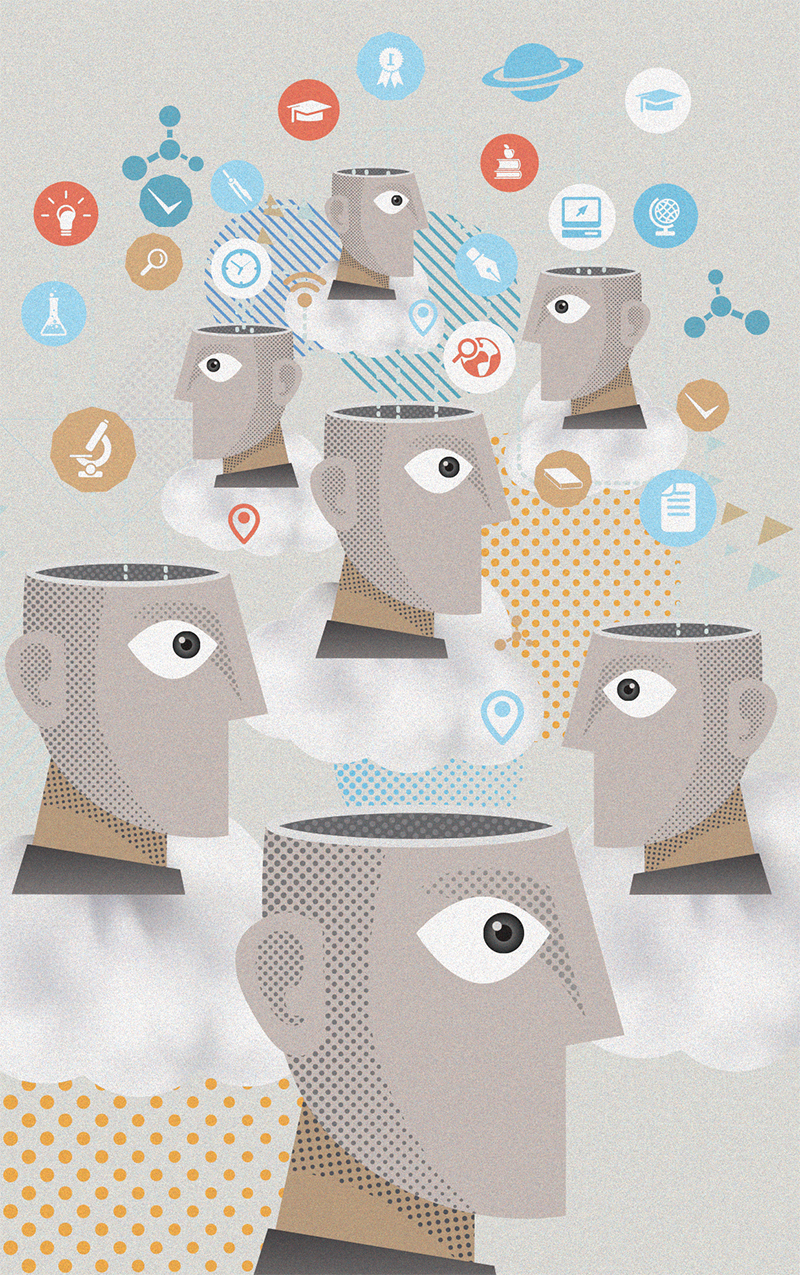 As technology rapidly changes the way we live and work, there’s a conversation taking place in education about preparing the workforce of the future. How do schools teach the skills necessary for jobs that don’t yet exist? How can you predict the impact of technological advances on today’s jobs? Schools in the Greater New Orleans area are approaching this issue from two sides: teaching emerging technology while strengthening traditional educational foundations.

In the metro area, the modern educational focus for younger students currently relies heavily on providing STEAM classes (science, technology, engineering, art and math). Laura Martin is the assistant principal at Arden Cahill Academy in Jefferson Parish. She says the school recently expanded its computer coursework beyond basic keyboarding and software familiarity for its K-8 students.

“We saw the need to move toward teaching students more about the design process and the demands behind that, to include the critical thinking and problem solving that goes along with it,” said Martin. “Problem-solving and critical thinking [are] going to get them prepared for whatever jobs are opening in the future.”

Martin refers to educational basics — reading, writing and math —as “transferrable skills” because they apply across school curricula and careers.

“What we’re doing in science — like teaching skills regarding inquiry and analyzing documents — can be picked up in social studies,” Martin said. “Skills someone would use to conduct research in medicine can also be of use in a law firm.”

Arden Cahill Academy welcomed its first ninth grade class this year, which will become its first graduating class in 2023. Martin said the school has a college- and career-readiness plan outlined for students at each year of high school to help students think about their future.

“It’s all geared toward getting students to understand where their interests lie and how that overlaps with their abilities,” Martin said. “Then they can make a really good determination going into their sophomore year of where they might want to go to college, so that going into junior year, we’re already starting to prepare: What’s the composite I need to get into this school, and what kind of courses am I supposed to be taking?”

Martin hopes by the time students reach their senior year they’ve already been accepted to their school of choice for the career path that they’ve chosen. At that point, students will take on a senior project — using community partnerships to shadow someone in the industry they want to pursue.

“The senior project will really target the career element and prepare them for the workforce, moving forward with what we’ve seen projected up through 2024,” Martin said.

Howard Hunter is the academic dean at Metairie Park Country Day School (MPCDS), which serves students from kindergarten through grade 12. He agreed that a strong liberal arts background — both sciences and humanities — will provide students with the analytical foundation necessary for applying technology.

“The liberal arts are not only essential to the workplace, but to life,” Hunter said. “Technology has simply enhanced our ability to perform these skills, and engineering integrates both the quantitative skills and the creative bent of the humanities.”

In 2017, MPCDS opened a 10,000-square-foot science and engineering building to house its STEM-based educational offerings. The facility features an engineering laboratory, a computer science classroom, and physics, chemistry and biology classrooms.

“These classrooms have dynamic new equipment and innovative technologies, such as a microcontroller, a fabrication center equipped with an industrial laser cutter, 3D and large-scale 2D printers, programmable robotics equipment, and a math-modeling work station,” said Matt Neely, MPCDS head of school.

“We can’t teach specifically what people will need, so we have to make sure students have a stronger, broader skillset to be able to adapt to do whatever those jobs are,” Kimbrough said, adding that companies are still looking for people with strong communication and critical thinking skills, but in a broad context. “You might not be preparing for a specific job or career, you’re developing and honing those skills so that whatever job and careers evolve, you’re able to move into that space,” he said.

Kimbrough points to the growth of the social media age in the last 15 years as an example of how advertising, marketing and communications skills are being applied in a way that wasn’t specifically taught.

One of the challenges that higher education institutions face, he said, is making sure faculty stays up to date on technology. For example, what a professor may have learned in a traditional computer science PhD class won’t carry through their career because the landscape changes so fast.

“Particularly for all of higher education, faculty have to be much more open to constant retooling,” Kimbrough said. “The traditional way we educate college faculty gives them a good foundation, but it’s not enough to sustain.”

To that end, Dillard is one of 10 historically black colleges and universities that has partnered with Google on a program in which the company provides an on-campus resident to teach classes, allowing students and faculty members to learn from someone on the front lines of emerging technology.

“We’ve got to change the model and be open to working with people in these spaces,” Kimbrough said. “Some people may not have that traditional academic background, but they’re in the real-world space making things happen as we speak.”

At Nicholls State University in Thibodaux, marketing and communications director Jerad David said the school has started to focus on a career niche that is particular to South Louisiana and urgent for the local community: coastal science.

“The coast is knocking on our back door, and so we’ve tried to start focusing our attention on preparing for the jobs to help battle that receding coastline,” he said.

“If we do nothing, half of the people that we service — their homes are not going to be there at the rate the coast is deteriorating.”

Nicholls University has partnered with the Coastal Protection and Restoration Authority to create a “coastal center” on its campus where students can study the effects of land loss on the Terrebonne and Atchafalaya basins. Nicholls has also partnered with the University of New Orleans in an effort to bolster its engineering program.

“We have a drone program with our geomatics (land surveying) program, and we’re partnering with UNO’s engineering program to use those drones to fly over the coast and survey the land,” David said.

The program will offer coastal environmental science students a chance to study on the front lines of their field, as well as provide an opportunity to learn about saving the culture of South Louisiana.

“We’ve devoted some energy and resources into a bayou studies course that sort of teaches and preserves some of the culture that we have here in South Louisiana,” David said. “So, it’s not just the scientific side of things we’re focusing on, but the cultural and sociological aspect as well.”