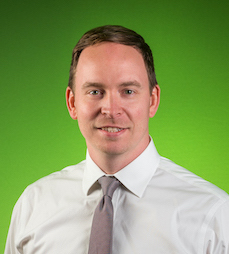 “The Children’s Hospital executive team is thrilled that one of our own will be taking on the role of COO,” said John R. Nickens IV, president and CEO of Children’s Hospital New Orleans. “In his tenure at the hospital, Jonathan has played an integral role in expanding our footprint and helping Children’s deliver expert pediatric care to families across the state. Children’s Hospital will continue to advance the health and wellbeing of Louisiana’s children with Jonathan at the helm of our operations and campus expansion project.”

As chief operating officer, Brouk will serve as the hospital’s executive over strategy, business development, marketing, legal, and hospital support services as well as leading Children’s $300 million campus transformation effort set to reach completion in mid-2021 He will also serve as the service line executive for the Heart Center and Cancer Center at Children’s Hospital, two of the hospital’s signature programs.

Children’s Hospital said it is committed to providing highly specialized pediatric care to children across the state of Louisiana and the Gulf Coast region. Brouk has played a part in achieving this vision. In his four years at Children’s Hospital, he has implemented statewide strategies for growth and expansion, and has helped form key partnerships for the organization, including the integration of Tulane University School of Medicine Pediatrics into the Children’s Hospital family, and important pediatric partnerships across the state including a recent collaboration with Willis-Knighton Health System in Shreveport.

Brouk joined the Children’s Hospital leadership team in 2016 as the director of compliance, and most recently served as the organization’s vice president of strategy and business development. Before joining Children’s, Brouk practiced corporate law in the healthcare group of a large national law firm headquartered in Chicago and a regional firm based in New Orleans, focusing primarily on hospital-physician alignment strategies, population health initiatives, and associated regulatory matters.