NEW ORLEANS – Broadway in New Orleans presented by Entergy has announced the list of productions coming this fall and next spring to the Saenger Theatre.

The upcoming season will begin in October with a pre-Broadway engagement of “A Wonderful World.” The season will also include “Les Misérables,” “MJ: The Musical,” “Mrs. Doubtfire,” “My Fair Lady,” “Ain’t Too Proud” and “Clue”. Season options include “Wicked” and “Annie.” 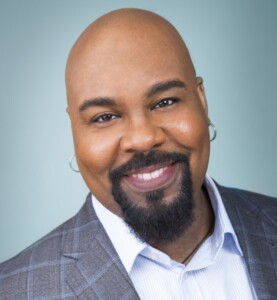 James Monroe Iglehart will play the role of Louis Armstrong in ‘A Wonderful World.’

“The 2023-24 Broadway in New Orleans season couldn’t be more suited for our audiences,” said David Skinner, general manager of the Saenger. “We’re especially looking forward to hosting ‘A Wonderful World,’ which tells the story of Louis Armstrong, a native New Orleanian and musical pioneer.”

The waitlist for the 2023-24 Broadway in New Orleans season is open. New subscriptions are expected to go on sale in late March.