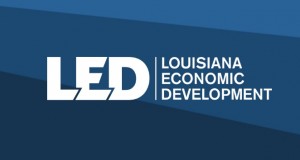 BATON ROUGE – Brenda Guess, a 35-year veteran of Louisiana Economic Development with leadership experience in state and municipal government and private sector business, has been named assistant secretary of the agency, LED Secretary Don Pierson announced. Guess, who has served since 2012 as director of LED’s Business Incentive Services office, will be chiefly responsible for guiding LED’s programs that grow Louisiana’s small business sector. The state’s support for small business has increased dramatically since Gov. John Bel Edwards took office in 2016, and will expand further in 2022 with the infusion of at least $74.2 million in State Small Business Credit Initiative funding from the U.S. Treasury. LED has been designated the state agency overseeing disbursement of those federal funds, which are designed to provide small business credit support and investment, and to increase access to capital among socially and economically disadvantaged business entities and underserved communities. “I am pleased to promote Brenda Guess into this key leadership role at LED,” Pierson said. “She has been an important member of our management team for many years, overseeing critical initiatives that have meaningful impacts for the Louisiana economy. Brenda’s experience administering complex programs affecting every sector of our economy and every region of our state have prepared her well to direct the SSBCI effort in our state. I can think of no one better qualified to partner with Louisiana’s small business owners and the communities they serve.” As director and manager of Business Incentive Services at LED, Guess has served as administrator of a variety of state programs developed for the creation, retention and expansion of Louisiana businesses and industries. Before joining LED in 1987, Guess spent six years in Baton Rouge municipal government and six years in private sector business management. She holds a master’s degree in public administration and a bachelor’s in marketing from Southern University. “I am honored by this appointment and look forward to serving LED in this new capacity,” Guess said. “Small businesses account for 53 percent of Louisiana workers, and 99 percent of Louisiana employers, and it is our mission to provide them the support they need to succeed. The State Small Business Credit Initiative offers a unique opportunity to empower a new generation of small business ownership and expansion, and I’m eager to begin working with Secretary Pierson and our local and regional stakeholders to maximize its impact on Louisiana.” Gov. Edwards’ appointment of Guess as assistant secretary is subject to confirmation by the Louisiana Senate. She replaces Mandi Mitchell, who became president and CEO of the Lafayette Economic Development Authority in November.