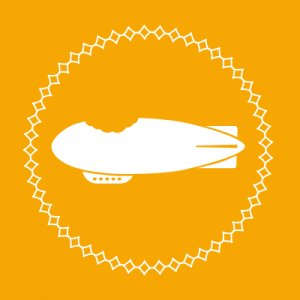 NEW ORLEANS – The owners of the fast casual restaurant brand Bread Zeppelin said they have their sights set on New Orleans for franchise expansion. The “chopped salad-meets-sandwich” concept, which offers salad/grain blends in hollowed out baguettes, debuted in 2013 in Dallas. Two years ago, Bread Zeppelin signed on its first franchise partner, and this month the business was named to QSR magazine’s 40/40 list, spotlighting “innovative and emerging fast casual companies with less than 40 locations.”

“We see New Orleans as an ideal initial market for us to land, and believe that neighborhoods like Uptown and Carrollton offer a great demographic for us to build awareness and gain traction in the city,” said Vincent Ginatta, Bread Zeppelin’s vice president of franchising, in a press release. “We are actively speaking to potential, locally based candidates, and our goal is to identify one franchise partner that will thoughtfully develop the brand across the metro.”

The new restaurant prototype, which was unveiled last year in Houston, spans 1,800 to 2,000 square feet and has room for 50 diners along with kitchen and assembly line space.

Bread Zeppelin guests can choose from an array of ingredients offered in a bowl or “Zeppelin.” Options include six green and grain bases and nearly 40 “veggie, fruit, crunch and cheese items” to 22 house-made dressings and a variety of proteins, including grilled flank steak, herb grilled chicken, crispy chicken, roasted turkey, poached shrimp, crispy shrimp and bacon. The menu also includes soups and salads.

Friends Troy Charhon and Andrew Schoellkopf initially dreamed up Bread Zeppelin idea in 2010. They currently own and operate six locations in the Dallas-Fort Worth area, where they will launch an additional two corporate units this year. Avalanche Food Group has oversight for the greater Houston market, where it will also open two more sites in 2022.