I’ve been baking bread for nearly five decades. I love the rhythmic zen of kneading. I have a special bowl for proofing and a dedicated heating pad to aid the process. I enjoy the gentle shaping of the loaves, the comforting aroma as it bakes and the crack of golden crust as I take that first toothsome bite.

Buying all my supplies has never been a problem. The little yellow packets of yeast were always found on the highest shelf at the grocery and were almost always covered with a thin layer of dust.

But those days are gone. Now dry yeast has become one of the hardest ingredients for home bakers to find. For the four-week period ending April 11, yeast sales jumped 410 percent year over year, according to market research firm Nielsen.

Fortunately, Katherine Madere, who started baking bread seriously a year ago, had plenty of yeast on hand.

“When I bought the last batch, I asked myself, ‘Do I really need this much yeast?’ and thankfully I decided I did.”

Madere hasn’t mastered baking croissants yet, but for the past year the only bread her family breaks is baked in her oven.

A while back, a friend suggested she try selling her bread. So, she put out a feeler on Facebook and her tiny business was born.

When the stay-at-home order hit, her employment dropped to 10 hours of remote work, and she had to make more than a few adjustments. Madere began filling her time with baking. It reduced her anxiety and it produced much needed revenue.

She sells about 10 loaves a week, and though that doesn’t pay all her bills, her success has her considering expansion. Her little cottage industry, Bread & Roses, offers Harvest Wheat, Country White and Jewish Rye. She’ll also make sourdough as a special order. All bread is delivered to her customer’s door and comes with a small bouquet of fresh flowers picked from Madere’s lush garden.

“My life will never be the same,” she says. “I’ve discovered I really like working from home, tending my garden and baking bread. I’d much rather be working with my hands than working in an office. I want to sell bread to my neighbors, and I want to buy my neighbor’s goods. I want to know where everything I buy comes from. I think this will be my new thing — owning my own small business. 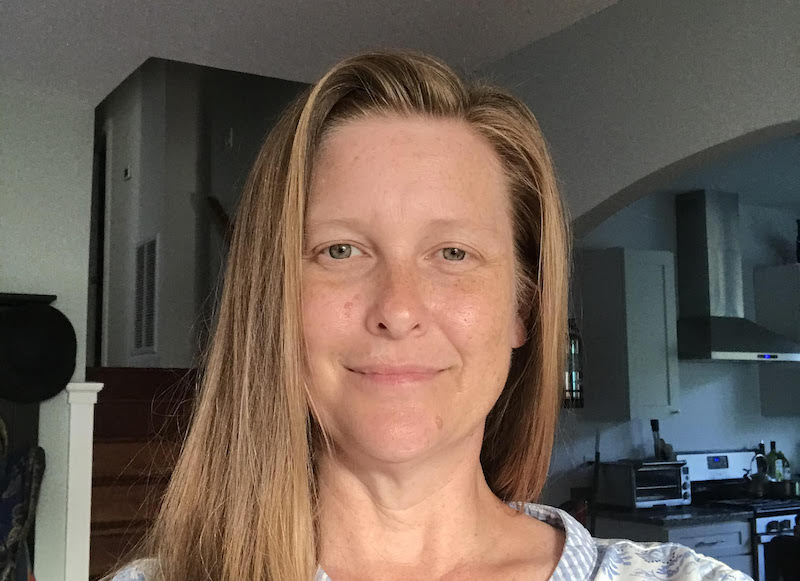 Blooms for a Cause

Blooms for a Cause