Please review the latest information on the Harbor Maintenance Trust Fund allocations for Fiscal Year (FY) 2017 as provided by Congressman Charles Boustany, Jr. (R-LA).  The attachments include a letter addressed to the U.S. House of Representative’s Committee on Appropriations and the Subcommittee on Energy and Water Development, and Related Agencies Appropriations as spearheaded by Congressman Boustany and signed by an impressive total of 121 Members of Congress.

The Water Resources Reform and Development Act of 2014 (WRRDA 2014) established increasing Harbor Maintenance Tax (HMT) percentages to be allocated to the U.S. Army Corps of Engineers’ (USACE) Operation and Maintenance (O&M) Budget from the previous year’s HMT Revenues.   The USACE O&M Budget for Fiscal Year 2016 was funded at the “Hit the HMT Target” level of 69 percent of the HMT revenues generated in 2015 as established in WRRDA 2014.  Congress successfully appropriated $1.263 billion or 69 percent of the HMT revenues generated in 2015 for the Fiscal Year 2016 funding level.

The Administration’s estimate of FY 16 HMT revenues is $225 million less than it estimated last year, presumably based on the disruption of trade as related to West Coast labor negotiations and the reduced value of imported petroleum products.  This reduced revenue estimate, when multiplied by the FY 17 goal of 71% is $80 million less than what was appropriated in FY 16.   Congressman Boustany’s attached letter requests that the Appropriators fund HMT work at least at the FY 16 level and not reduce USACE O&M funding.

As explained by Congressman Boustany:

“It is with this spirit that we write to request that the House Appropriations Committee maintain at least (emphasis added) level funding and allocate $1.263 billion again for USACE harbor maintenance activities in the House Fiscal Year 2017 (FY17) E&W appropriations bill.”

The Big River Coalition sincerely appreciates Congressman Boustany’s efforts to request that the USACE’s level of funding does not decline – especially given the funding challenges contributing to inadequate channel maintenance on the Mississippi River Ship Channel and prominent deep-draft navigation channels throughout the United States.

A group of navigation leaders from across the country are in the process of requesting that both the House and Senate Appropriations Committees fund HMT work at $1.28 billion in FY 17.  The industry leaders view increasing annual HMT allocations as being paramount to honoring the intent of WRRDA 2014 in order to reach full use of the HMT revenues in 2025.

Congressman Boustany’s leadership has been and continues to be critical to this effort. 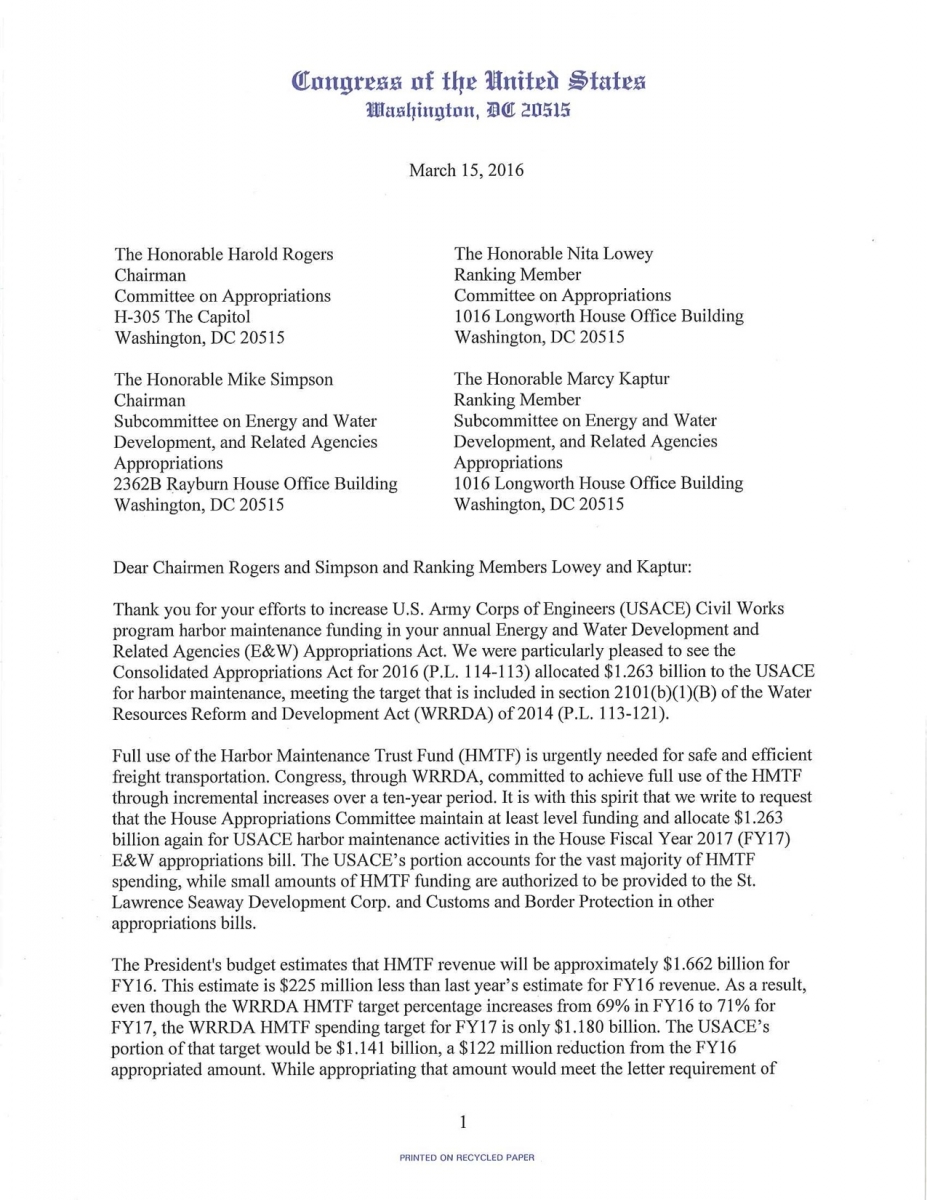 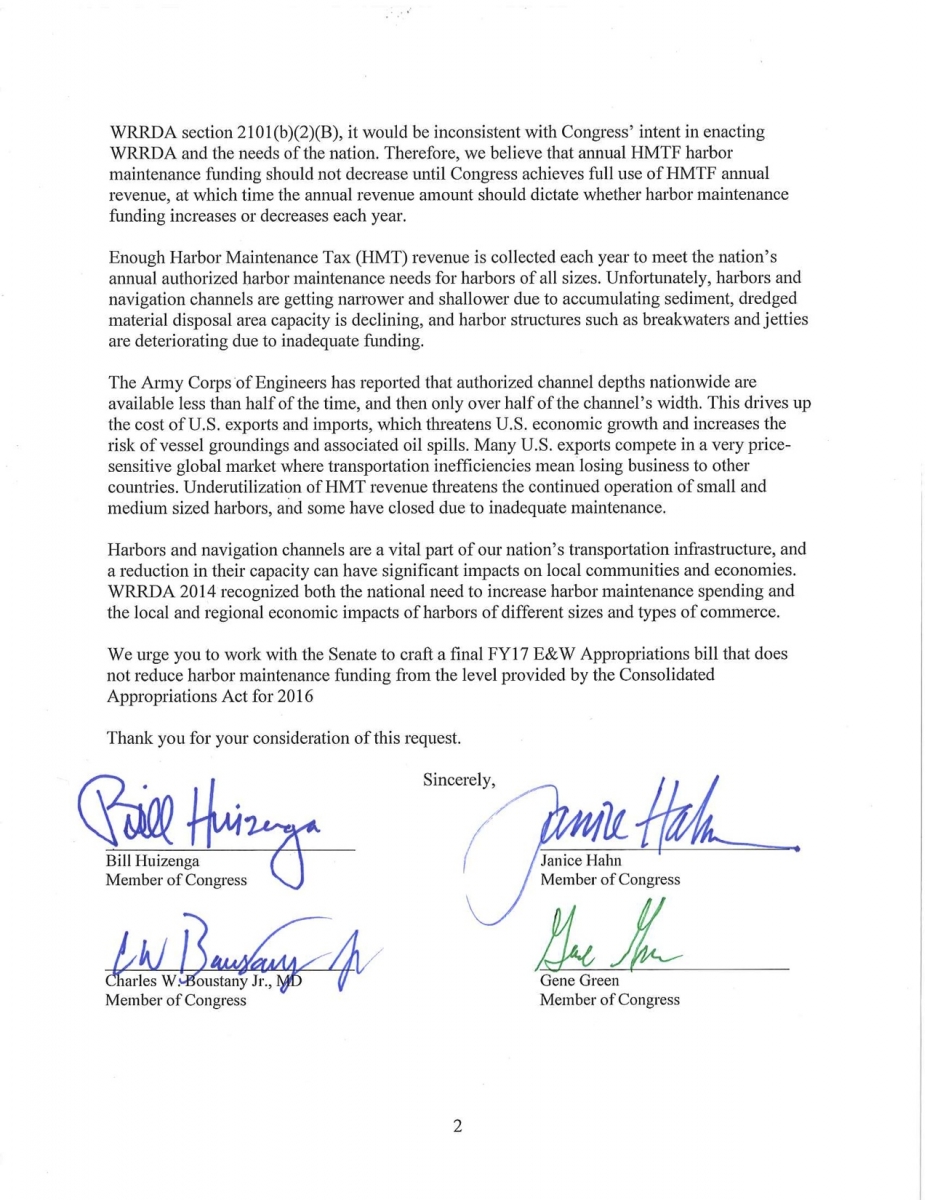