Live auction highlights included a rare bottle of wine that sold for $350,000

“Each year the funds raised during our annual signature events allow us to build upon and further expand the Foundation’s charitable work, ensuring that we continue to make a positive difference in the lives of young people across the country,” says Chef Emeril Lagasse. “My wife Alden and I are grateful for the generosity of our donors, sponsors, participating chefs and the New Orleans community who continue to make it all possible.”

Carnivale du Vin featured culinary greats Scott Conant, Larbi Dahrouch, Rick Moonen and Jacques Torres and brought together the best in wine and food for a night of charitable giving. Over 600 guests experienced a five-course meal created by Emeril Lagasse and culinary students from the New Orleans Center for Creative Arts followed by a record-breaking live auction that raised over $1.5 million.

Live auction highlights included a rare bottle of 2015 The Setting Wines Alexander Valley Cabernet Sauvignon that sold at $350,000 – shattering a world record for the most expensive single bottle of wine sold at an auction. Another highlight included a bottle of renowned winemaker Bob Cabral’s inaugural 2015 Troubador Pinot Noir that sold for $50,000.

The evening also featured an added charitable element to the weekend. In light of the recent devastating California wildfires and Gulf Coast hurricanes, the evening’s Fund-a-Need raised money for recovery efforts in Sonoma and Napa Valley, Houston and South Florida.

“We’re thrilled with the success of a record-breaking fundraising weekend,” says Emeril Lagasse Foundation President Brian Kish. “We strive to give back to our community and beyond, and are proud to support so many well-deserving organizations and projects that will impact youth for years to come.”

Founded in 2002 by Chef Emeril Lagasse and his wife Alden, Emeril Lagasse Foundation is a 501c(3) public charity headquartered in New Orleans. The Foundation’s mission is to create opportunities to inspire, mentor and enable youth to reach their full potential through culinary, nutrition and arts education with a focus on life skills development. Since its inception, Emeril Lagasse Foundation has granted more than $8 million to several children’s charities to support culinary, nutrition and arts programs. The Foundation was recognized as the 2016 Nonprofit of the Year by Louisiana Association of Non-Profit Organizations. To learn more about the Foundation and its beneficiaries, visit Emeril.org, or follow on Facebook, Twitter or Instagram. 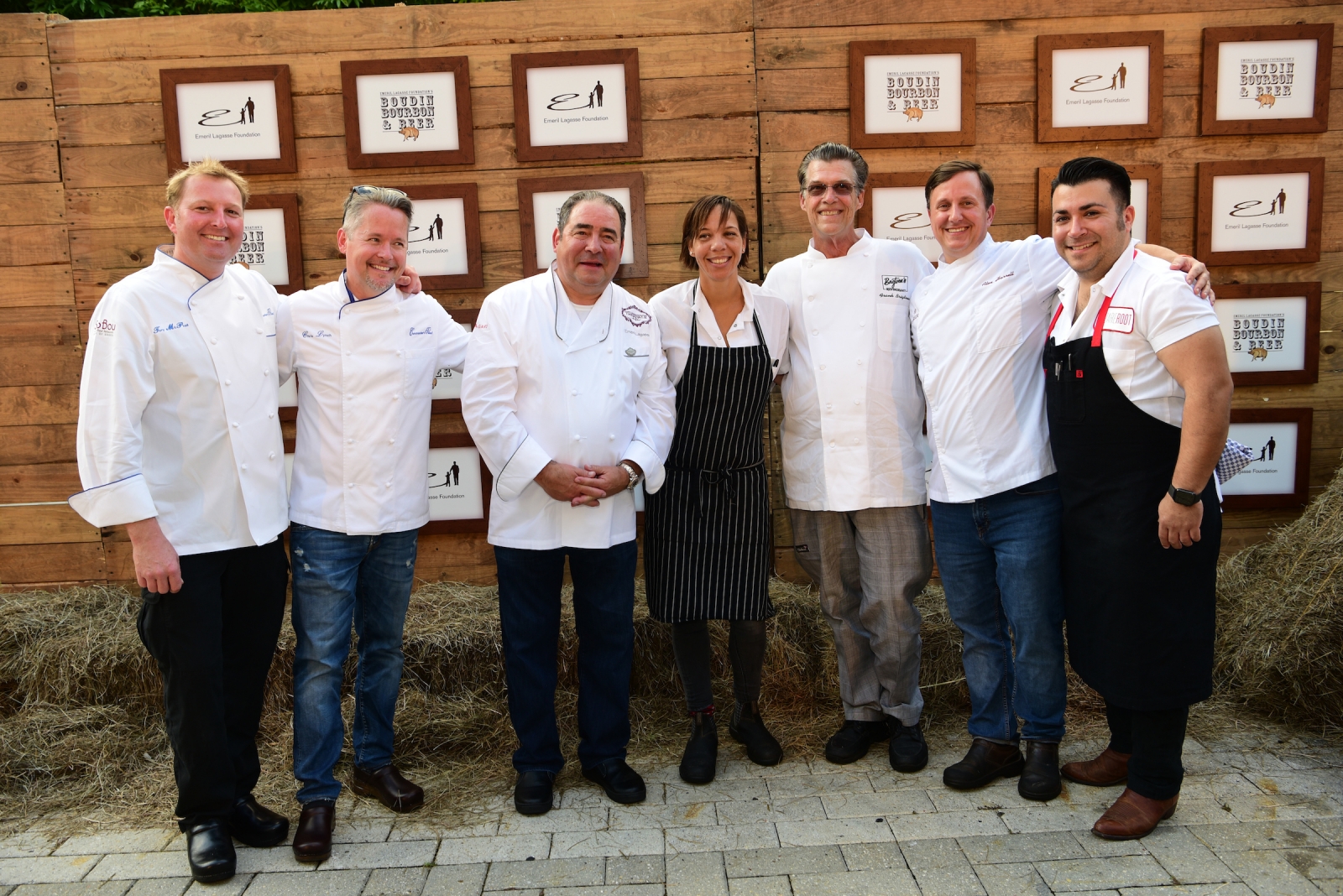