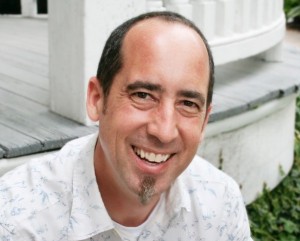 NEW ORLEANS – When the city’s next bikeshare program launches later this year, it won’t be using the same motorized blue bikes that disappeared from local streets last May.

Those were shipped out of town to meet an unknown fate, says Geoff Coats, the former general manager of the city’s erstwhile Blue Bikes program.

That first local foray into bike sharing was popular with residents but ultimately met an untimely demise thanks to the pandemic and changing corporate priorities.

Blue Bikes, which launched in 2017, was originally operated by Social Bicycles, a startup based in Brooklyn, N.Y.

In 2018, the company changed its name to Jump. Then, a few months later, it was acquired by tech behemoth Uber. In May of 2020, however, Uber sold Jump to Lime, the scooter and bike-sharing startup based in San Francisco, and shortly thereafter Lime decided to discontinue the New Orleans bikeshare program altogether.

So that’s why, for the last several months, the city’s 70 bright blue bike racks have been collecting grime.

Flash forward to last week, when the New Orleans City Council approved a cooperative endeavor agreement between the City and Blue Krewe, a new nonprofit organization led by Geoff Coats (one and the same) that plans to have bikes on the streets again by September.

To do so, Blue Krewe needs to raise more than a million dollars and find a new vendor to provide the necessary hardware and software to get the program rolling.

Blue Krewe, dedicated to “equitable bikeshare that is rooted in and supportive of our community,” has an all-star board of directors that should help the cause.

The board’s president is Dr. Corey Hebert, a professor at the LSU Health New Orleans School of Medicine and frequent WDSU-TV contributor. The board treasurer is Andrew “Andy” Kopplin, the president and CEO of the Greater New Orleans Foundation (GNOF) and former chief administrative officer for the City of New Orleans. Another early supporter is Gulf Coast Bank & Trust, which along with the GNOF has provided funds to get things rolling.

All these leaders are buying into a new model to make the program a success in New Orleans.

“Every city that has bikeshare has had different constellations of funding and support,” said Coats, whose nonprofit bonafides include helping launch the Urban Conservancy in the early 2000s. “In some cities, funding may come from the transit agency. In others, it may come directly from the city because it fits into plans for air quality or traffic remediation. In New Orleans, especially with post COVID budget challenges, we’re trying the model of having nonprofit management partnering with the business community to raise funds necessary to bring bikes back and run operations.”

Over the next few months, the Blue Krewe team will have to place an order for bikes, rent warehouse space, lease vehicles and hire staff, so Coats is focused on reaching out to the community for help.

“We are looking for businesses, philanthropists and institutions who understand the importance of bikeshare to New Orleans in terms of talent attraction, continuing to thrive, being on the front lines of climate challenges and providing healthy transportation in a city that has health challenges,” he said.

“For a number of reasons, bikeshare makes a lot of sense. We have proof of concept because we’ve seen it run for two years. We had 66,000 users, over a million of miles ridden. We know it works. Now we’re just looking for the partners to help us re-launch and be part of the story.”